A unique event occurred in the history of television broadcasting 44 years ago. The so-called alien intelligence took over a live TV broadcast for six minutes and sent a strange message to humanity. This enigmatic event has been unsolved to this day.

A computer-generated voice interrupted a routine news programing of the Independent Broadcasting Authority on Southern Television network in Southern England on November 26, 1977, about 5 p.m. When Southern TV’s news anchor Andrew Gardner was delivering the top news headlines, his voice became distorted, the TV picture wobbled, and people heard a strange, metallic buzzing, followed by a deep and sad, reiterating voice that seemed to have been electronically disguised from a person claiming to be an alien from another world.
Trillion was the voice, and he represented a body known as “The Ashtar Galactic Command.” It sent a cryptic message, urging humanity to abandon their warlike tendencies and embrace peace before it was too late. 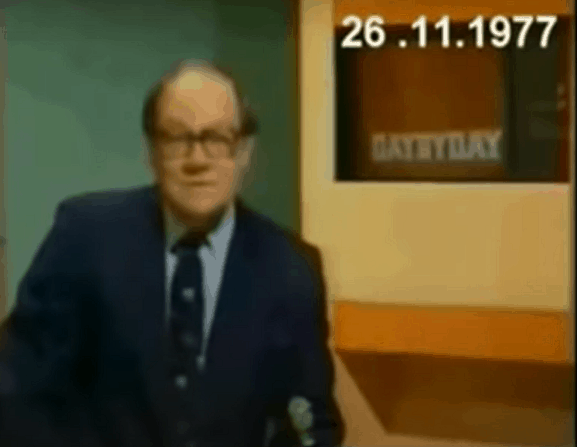 The complete message is as follows:
“I’m speaking to you in the voice of Vrillon, a representative of the Ashtar Galactic Command.” You’ve seen us as lights in the sky for many years. As we have done to your brothers and sisters all around this, your planet Earth, we speak to you today in peace and wisdom. We have come to warn you of your race’s and world’s fates so that you might explain to your fellow beings the path you must take to avert the calamity that threatens your world and the beings on our other worlds.

This is so that you might be a part of the world’s big awakening as it enters the Age of Aquarius. The New Age can bring your race enormous peace and growth, but only if your rulers are made aware of the terrible forces that threaten to overshadow their decisions.

Now is the time to be quiet and listen because this is a once-in-a-lifetime opportunity. All of your terrible weapons must be taken away. The time for fighting is passed, and the race you are a member of can now go to higher phases of evolution if you prove yourself worthy. You only have a short time to learn to live in peace and goodwill with one another. Small groups are learning this worldwide, and they are here to pass on the light of the emerging New Age to you all.

You are free to accept or reject their beliefs, but only those who learn to live in peace will progress spiritually. Vrillon, a representative of the Ashtar Galactic Command, is speaking to you right now. Keep in mind that your world is filled with many fake prophets and guides. They will siphon your energy — the energy you refer to as money – and use it for evil purposes, returning you with worthless rubbish. 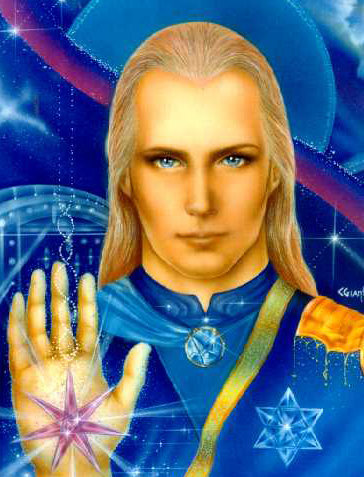 Your inner divine self will guard this. You must learn to listen to your inner voice, which can tell you what is true and turmoil, confusion, and untruth. You will guide yourself down the path of progress if you learn to listen to the voice of truth within you. This is the message we want to send to our valued friends. We’ve been watching you develop for years, just as you’ve been watching our lights in the sky.

You are now aware that we are present and that there are more beings on and around your planet than your scientists acknowledge. We are apprehensive about you and your journey toward the light, and we will do all possible to assist you. Do not be afraid; instead, learn to understand yourself and live by the ways of your planet Earth.

The Ashtar Galactic Command appreciates your time and consideration. We are presently departing from your plane of existence. May you be blessed by the universe’ highest love and truth.”

The visual stream was only slightly distorted during the whole transmission. During the Looney Tunes animation broadcast, the message came to an end. Andrew Gardner remained deafeningly silent about the incident as if nothing had happened. However, thousands of people in the south of England received the bizarre communication and assumed it was a prank.
The TV network expressed regret to its viewers for the inconvenience and openly dismissed the incident as a fake. All British media channels quickly covered the incident, and it then drew the attention of foreign media. The ITV corporation, whose transmission was disrupted by this message, sought the perpetrator of the incident, a probable prankster or brilliant technician who managed to hack their system for a long time and with great care. Unfortunately, they were unable to identify the perpetrator.

They discovered that the signal was routed to the Hannington transmitter antenna on Connington Hill, which broadcasted over Berkshire and North Hampshire. The signal source was also relatively modest, being placed near the antenna.

Several anomalous phenomenon experts and ufologists have researched this episode. John Reppion, a collector of British strange stories and folklore, is particularly well-known.
Reppion stated that whoever sent the strange message had meticulously prepared his case and purposefully broadcast it during the late afternoon news so that the most significant amount of people might hear it. Reppion investigated numerous more examples in which pranksters attempted to disrupt American television broadcasts and discovered that they were fundamentally different from the “message of Ashtar.”

All American pranksters broadcast purposefully amusing messages on television. However, Vrillon’s voice was broadcast solemnly and never uttered anything that might be construed as funny. Even the tone of Vrillon’s voice hinted at something entirely else. It wasn’t a pretty human voice, but weird, electronic, and otherworldly. On the internet, there are some ostensibly authentic recordings of this program. However, these could be late reconstruction attempts.

Many modern ufologists believe Ashtar’s message was a genuine attempt by aliens to contact humans and persuade them not to initiate World War III. Many people thought that the Cold War between the West and the USSR got exceptionally hot in the late 1970s and that a nuclear war was ready to break out. 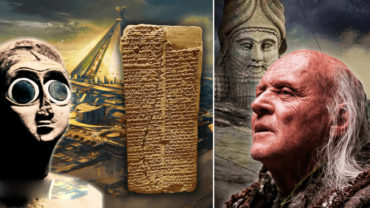