We live at the extreme peak of civilization, acquiring excellence of knowledge and science. We make a scientific explanation and argument for all things to happen for self-indulgences. But some events in world history have no scientific proof yet to date. Here, in this article, is one such event that occurred in the last century in a small Inuit village named Anjikuni (Angikuni), which remains a mystery to this day. 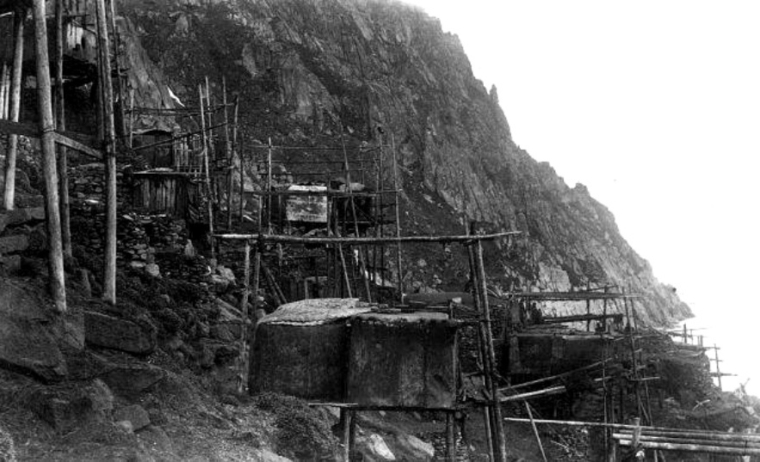 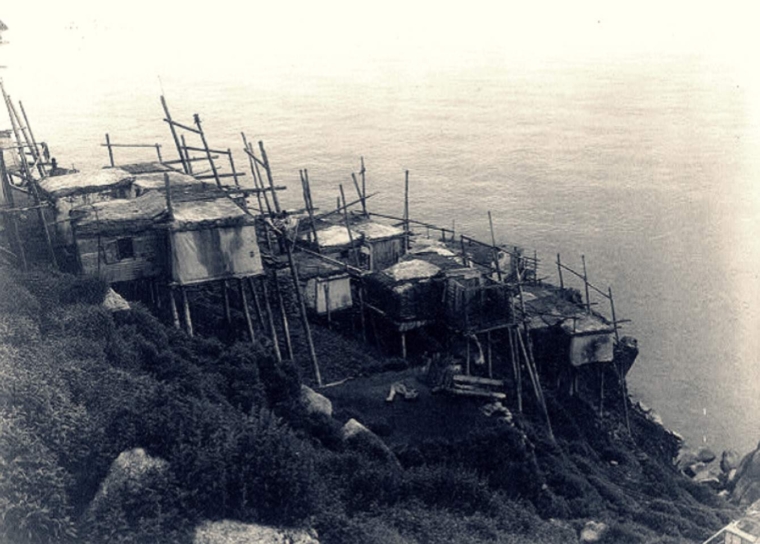 In 1932, a Canadian fur trapper went to a village near Anjikuni Lake in Canada. He knew this establishment very well, as he would often go there to trade his fur and spend his leisure time. He arrived at the village on this trip and sensed something was wrong there. He found it empty and silent even though there were signs of people there a while ago. He found that the fire was left burning, with stew still cooking. He saw the doors were open and foods out waiting to be prepared. It seemed that hundreds of Anjikuni villagers who lived there had vanished, never to return. To this date, there’s no proper explanation for this mass disappearance of Anjikuni village.

The Strange Story Of The Anjikuni Village:

Anjikuni Lake is named after a lake in Canada’s Kivaliq Region of Nunavut. The Lake is famous for boasting fish, and water lives in its freshwater. And we all know that one of the most primitive professions in the world is the fishery. Therefore, it led anglers to make a colonial village near the banks of the Anjikuni Lake.

For fishing, a group of Eskimos’ Inuit first started living next to the Lake and then gradually grew up in a village of about 2000 to 2500 people, according to the rules of nature and the descendants of more people. The town was also named “Anjikuni” after the name of the Lake.

Anjikuni – A Place For Alcohol Lovers:

Besides fishery, the village of Anjikuni was also famous for wood distillation ― a kind of wine. Residents there used to make wood-brew to keep themselves warm that would easily attract alcohol lovers around the region. Due to the ease of wood-wine and the simplicity and open minds of the people, many alcohol lovers liked to visit the village. 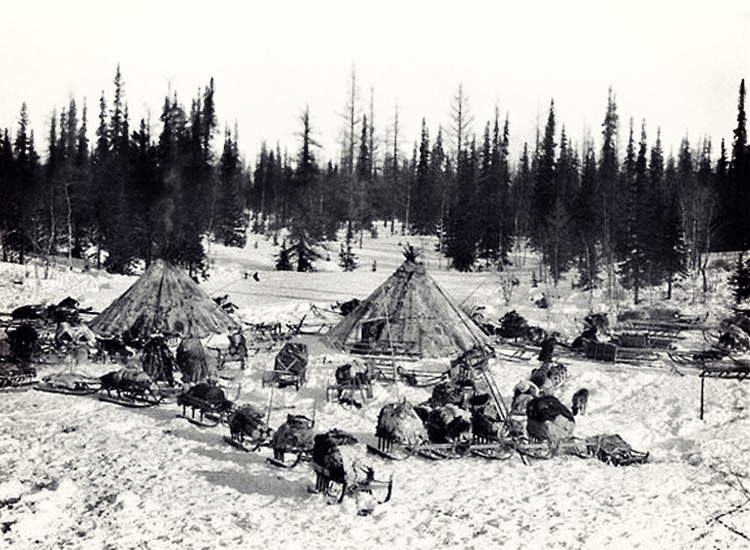 Joe Labelle, a Canadian hunter, was also one of those brew lovers. In the love of wood-wine, on a bleak night of November 1930, Joe stepped up on the way to the rackety village of Anjikuni. It was an exciting journey for him. A few hours passed, Joe felt that he was getting late, and he couldn’t wait anymore for his favorite wine, so he now started running. He imagined his desirable moment, chatting with the Anjikuni people while enjoying wine in his glass.

After stepping into the Anjikuni village, he felt a strange otherworldly silence and saw a thick fog that loomed large the entire town. At first, he thought he might have been wrong with that familiar path. But the houses! He saw the places were all the same as Anjikuni. Then he felt the villagers perhaps were so tired that they all went in a deep sleep on such a lonely long winter night, leaving the village still and silent for him.

After that, hoping to see someone, Joe stopped in front of a house, then another and then another. As he went further into the village, he was getting more scared. The entire town was filled with a mystic atmosphere, erupting creepy messages about something unnatural that happened here just before he came.

This had never happened to him coming to this village. People in this village have a reputation for hospitality. Whether it’s day or night, they always welcome their guests and arrange meals and delicious foods for them. This is why some of their special guests like Joe visited them regularly.

However, for a long time, without seeing anyone, Joe makes his way to the homes of his acquaintances and calls them out with their names. But where’s who! His voice echoes the ice coming back to his ears. 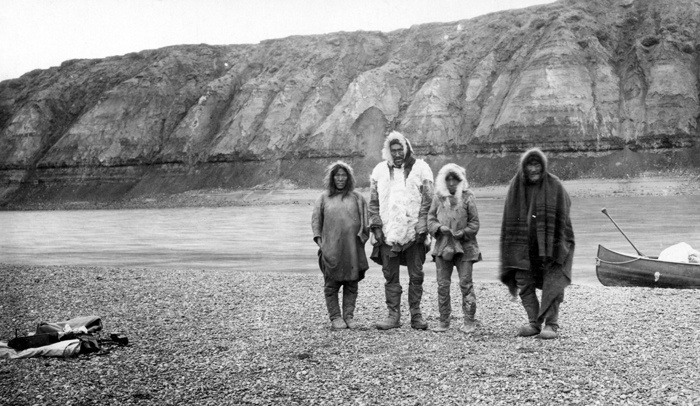 After bothering the village people with such a loud voice, Joe now decides that he will knock on the door of a house, and that time he notices the door is open. Then he goes inside and sees a family’s stored food, clothes, children’s toys, everyday utensils, clothes, and all the things intact in their places, but there’s not a single soul in the house. What a surprise! Well, everyone in this room seems to have gone somewhere ― thinking this, he enters another room, and it turns out that some half-cooked rice stuffed in the oven is lying on the stove, which is still burning. In the next house, he sees the same condition.

In almost every room, he found everything used by the village people was in its place, just the people disappeared. Joe finally discovered, there was no one in the village except him. After knowing this fact, he was too scared!

Now, he realized that something must have gone wrong. Not all of them can leave the village like this. And if they did so, at least they would leave behind a footprint because the paths and the grounds were all covered with snow. But to Joe’s surprise, he couldn’t see the prints anywhere other than his boots’.

A Fruitless Investigation And Speculations:

He immediately went to the nearby Telegraph office and reported the Hill Police Forces about what he witnessed. Police responded quickly reached the village. They conducted an extensive search for the villagers but could not trace them. However, what they found was a ritual of bleeding.

They noted that almost all the graves in the village cemetery were empty and taken away by someone. Afar from the village, they heard the howls of 7 sled dogs and found their hungry, pale, almost lifeless bodies under the lining of light ice as if they were fighting against death.
It was clear they tried their best to protect their masters but failed.

After that, police and intelligence agencies were unable to uncover the mystery of the Anjikuni Mass Disappearance. Villagers surrounding Inuits later reported that they had seen blue light in the village that was later lost in the northern sky. Many believe aliens abducted the Anjikuni people and the blue lights were their craft.

A later investigation report said the supernatural accident occurred shortly before Joe Labelle arrived at that village, and the regular snowfall caused their footprints to freeze. But it was too late to inform the news that no one came from outside, nor did anyone come out of it in these days.

“I felt immediately that something was wrong… Given half-cooked dishes, I knew they had been disturbed during dinner preparation. I found a rifle leaning beside the door, in every cabin, and no Eskimo goes anywhere without his gun… I understood that something terrible had happened.”

Labelle himself claimed that a local deity named Torngarsuk, the malevolent sky god of the Inuits was responsible for abducting them. Later, in another separate investigation report, it was said that Joe Labelle’s claim was untrue. He may have never been to that area before and never had a human living there because there are fewer human settlements in that area.

Why did the police and other news outlets and intelligence agencies go there if this is the case? And how did they find the empty houses, the scattered materials, and the guns at the spot? Who will want to make a house in such an adverse and harsh place almost isolated from the rest of the world? 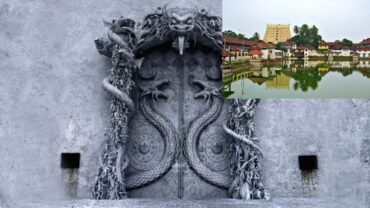