According to ancient texts, there was a time in ancient Egypt before the land of the Pharaohs was ruled by mortals where beings that came from the heavens reigned over the land. These mysterious beings are called Gods or Demigods who lived and ruled ancient Egypt for thousands of years. 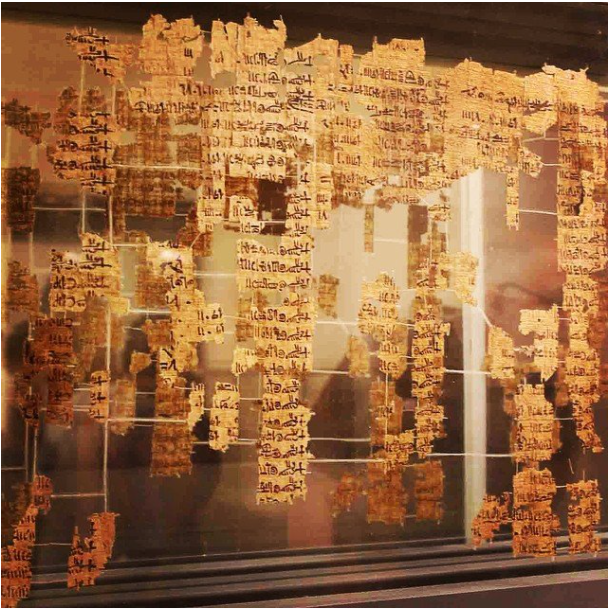 The Turin King List is a scriptural canon from the Ramesside period. A “canon” is a collection or list of scriptures or general laws. The term comes from a Greek word meaning “rule” or “measuring stick.”

Of all the so-called king lists of ancient Egypt, the Turin King List is possibly the most significant. Although it has sustained much damage, it provides beneficial information for Egyptologists and somewhat aligns with Manetho’s historical compilation on ancient Egypt. 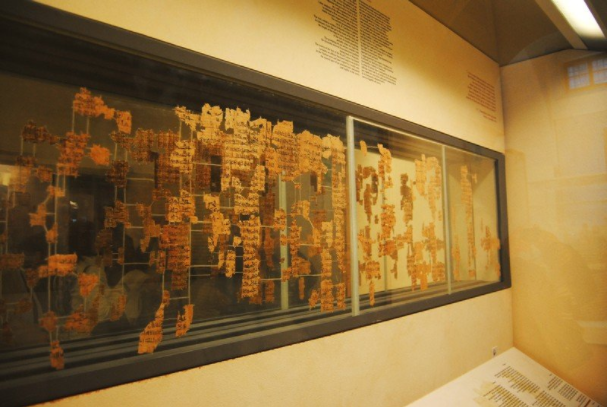 Written in an ancient Egyptian cursive writing system called hieratic, the Turin Royal Canon Papyrus was purchased in Thebes by the Italian diplomat and explorer Bernardino Drovetti in 1822, during his travels to Luxor.

Although it was mostly intact and was placed in a box along with other papyri, the parchment crumbled into many fragments by the time it arrived in Italy and had to be reconstructed and deciphered with much difficulty.

Some 48 pieces of the puzzle were first assembled by French Egyptologist Jean-Francois Champollion (1790-1832). Later, some other hundred fragments were pieced together by German and American archaeologist Gustavus Seyffarth (1796-1885). Historians are still finding and piecing together the missing pieces of the Turin King List. 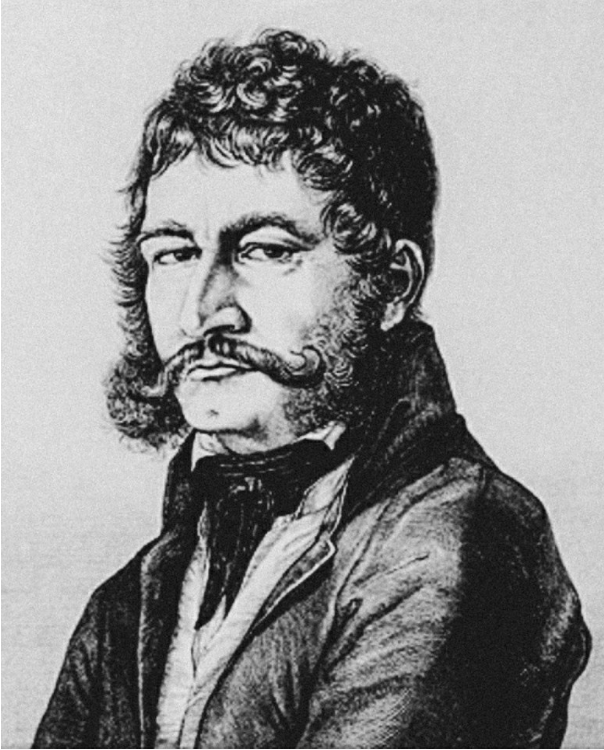 One of the essential restorations was made in 1938 by Giulio Farina, the museum’s director. But in 1959, Gardiner, the British Egyptologist, proposed another placement of the fragments, including the newly recovered pieces in 2009.

What are king lists?

Ancient Egyptian King Lists are lists of royal names recorded by the ancient Egyptians in some order. Pharaohs usually commissioned these lists to show how old their royal blood was by listing all the pharaohs in it in an unbroken lineage (a dynasty).

Though at first, this may seem to be the most helpful way of tracking the ruling of different pharaohs, it wasn’t very accurate because the ancient Egyptians were famous for omitting information they didn’t like or exaggerating information they felt made them look good.

It is said that these lists were not meant to provide historical information so much as a form of “ancestor worship.” If you remember, we know the ancient Egyptians believed the pharaoh was a reincarnation of Horus on earth and would be identified with Osiris after death.

Egyptologists used the lists by comparing them to each other as well as to data collected through other means and then reconstructing the most logical historical record. The King Lists we know of so far include:

Why is the Turin King List (Turin Royal Canon) special in Egyptology?

All the other lists were recorded on hard surfaces meant to last many lifetimes, such as a tomb, temple walls, or rocks. However, one king list was exceptional: the Turin King List, also called the Turin Royal Canon, written on papyri in hieratic script. It is approximately 1.7 meters long.

Unlike other lists of kings, the Turin King List enumerates all rulers, including the minor ones and those considered usurpers. Moreover, it records the length of reigns precisely.

This king list seems to have been written during the reign of Ramesses II, the great 19th dynasty pharaoh. It is the most informative and accurate list and goes back to King Menes. It not only just lists the names of the kings, as most other lists did, but it gives other valuable data such as:

The last point is an intriguing unresolved part of Egypt’s History. The most fascinating and controversial part of the Turin Royal Canon tells of Gods, Demigods, and Spirits of the Dead who physically ruled for thousands of years.

The Turin King List: Gods, Demigods, and Spirits of the Dead ruled for thousands of years

According to Manetho, the first “human king” of Egypt was Mena or Menes, in 4,400 BC (naturally that “moderns” have moved that date for much more recent dates). This king founded Memphis, having turned aside from the course of the Nile, and established a temple service there.

Before this point, Egypt had been ruled by Gods and Demigods, as reported by R. A. Schwaller de Lubicz in “Sacred Science: The King of Pharaonic Theocracy,” where the following statement is made:

These ending two lines of the column, which seem to represent a resume of the entire document, are extremely interesting and remind us of the Sumerian King List.

Naturally, modern materialistic science cannot accept the physical existence of Gods and Demigods as kings and therefore dismiss those timelines. However, these timelines ― “Long list of Kings” ― is (partially) mentioned in several credible sources from History, including in other Egyptian King Lists.

If we allow Manetho, chief priest of the accursed temples of Egypt, to speak for himself, we have no choice but to turn to the texts in which the fragments of his work are preserved. One of the most important of these is the Armenian version of the Chronica of Eusebius. It begins by informing us that it is extracted “from the Egyptian History of Manetho, who composed his account in three books. These deal with the Gods, the Demigods, the Spirits of the Dead and the mortal kings who ruled Egypt.” 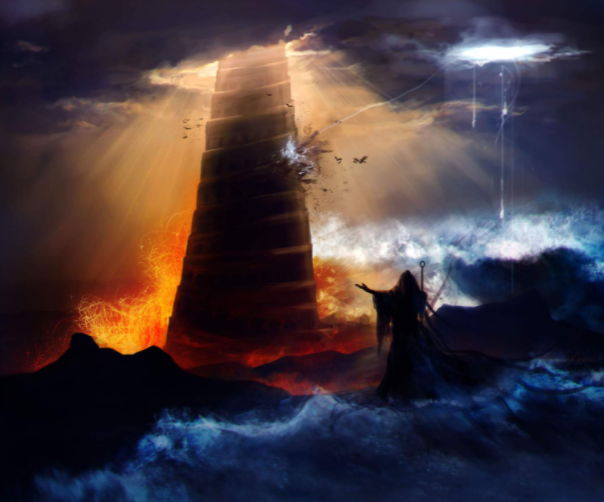 Citing Manetho directly, Eusebius begins by reeling off a list of the gods, essentially consisting of the familiar Ennead of Heliopolis – Ra, Osiris, Isis, Horus Set, and so on. These were the first to hold sway in Egypt.

“After that, the kingship passed from one to another in unbroken succession… through 13,900 years… After the Gods, Demigods reigned for 1255 years; and again another line of kings held sway for 1817 years; then came thirty more kings, reigning for 1790 years; and then again ten kings ruling for 350 years. There followed the rule of the Spirits of the Dead… for 5813 years….”

The total of all these periods adds up to 24,925 years. In particular, Manetho is repeatedly said to have given the enormous figure of 36,525 years for the entire duration of the civilization of Egypt from the time of the Gods down to the end of the 30th (and last) dynasty of mortal kings.

What did the Greek historian Diodorus Siculus find about the mysterious past of Egypt?

Manetho’s description finds much support among many classical writers. In the first century BC, the Greek historian Diodorus Siculus visited Egypt. He is rightly described by C.H. Oldfather, his most recent translator, as an uncritical compiler who used good sources and reproduced them faithfully.

In other words, what this means is that Diodorus did not try to impose his prejudices and preconceptions on the material he collected. He is, therefore, precious to us because his informants included Egyptian priests whom he questioned about the mysterious past of their country. This is what Diodorus was told:

What did Herodotus find about the mysterious past of Egypt?

Long before Diodorus, Egypt was visited by another more illustrious Greek historian: the great Herodotus, who lived in the fifth century BC. It seems he consorted with priests, and he too managed to tune in to traditions that spoke of the presence of highly advanced civilization in the Nile Valley at some unspecified date in remote antiquity.

Herodotus outlines these traditions of an immense prehistoric period of Egyptian civilization in Book II of his History. In the same document, he also hands on to us, without comment, a particular nugget of information which had originated with the priests of Heliopolis:

“During this time, they said, there were four occasions when the sun rose out of his wonted place – twice rising where he now sets and twice setting where he now rises.”

The ancient Egyptians said about the First Time, Zep Tepi, when the gods ruled in their country:

They also spoke of intermediaries between gods and men ― the Urshu, a category of lesser divinities whose title meant ‘the Watchers’. And they preserved particularly vivid recollections of the gods themselves, puissant and beautiful beings called the Neteru. The latter lived on earth with humankind and exercised their sovereignty from Heliopolis and other sanctuaries up and down the Nile.

Some of these Neteru were male, and some female, but all possessed a range of supernatural powers, which included the ability to appear, at will, as men or women, or as animals, birds, reptiles, trees, or plants. Paradoxically, their words and deeds seem to have reflected human passions and preoccupations. Likewise, although they were portrayed as more potent and more intelligent than humans, it was believed that they could grow sick ― or even die, or be killed ― under certain circumstances.

What might we have learned about the ‘First Time’ if the Turin Canon Papyrus had remained intact? 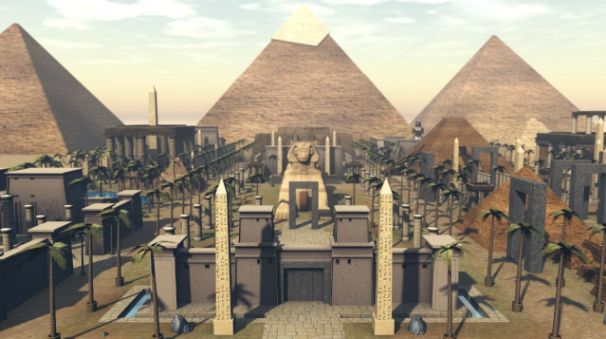 The surviving fragments are tantalizing. For example, in one register, we read the names of ten Neteru, with each name inscribed in a cartouche (oblong enclosure) in much the same style adopted in later periods for the historical kings of Egypt. The number of years that each Neter was believed to have reigned was also given, but most of these numbers are missing from the damaged document.

In another column, a list of the mortal kings who ruled in upper and lower Egypt after the Gods but before the supposed unification of the kingdom under Menes, the first pharaoh of the First Dynasty, in 3100 BC.

From the surviving fragments, it is possible to establish that nine ‘dynasties’ of these pre-dynastic pharaohs were mentioned, among which were ‘the Venerables of Memphis,’ ‘the Venerables of the North’ and, lastly, the Shemsu Hor (the Companions, or Followers, of Horus) who ruled until the time of Menes.

The other king list that deals with prehistoric times and legendary kings of Egypt are the Palermo Stone. Although it does not take us as far back into the past as the Turin Canon Papyrus, it gives the details that prominently put our conventional History in question. 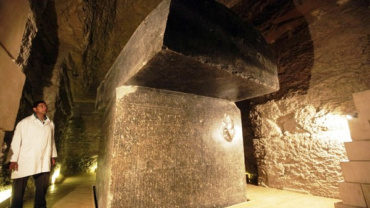