Hidden inside Chernobyl was the elephant’s foot, a “monster” that brings death even today. It is a mass of about 200 tons of molten nuclear fuel and trash that was burned and gave it the shape of an “elephant’s foot.” This mass remains radioactive and cannot be accessible.

Chernobyl is the name of a town in the former Soviet Union, now Ukraine, recognized as a catastrophic accident site and as one of the worst periods in human history.

The Chernobyl Disaster:
The fourth reactor in a nuclear power plant in the town of Chernobyl exploded during the night of April 26th, 1986. In seconds, it turned into a nuclear disaster site, causing deadly radiation to Russia, Ukraine, and Belarus. 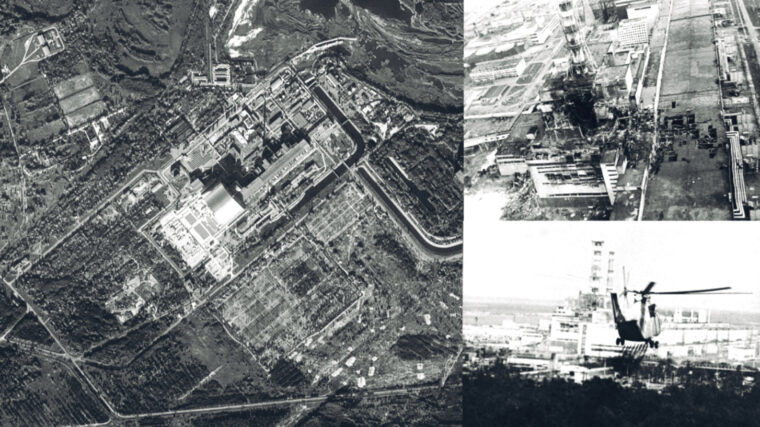 The blast was 500 times more potent than the atomic bombs dropped on Hiroshima and Nagasaki. According to official accounts, 31 individuals died in the tragedy, and around 30,000 and 80,000 later died of cancer at different times afterward. Approximately 1 million people were evacuated instantly, and the town was soon wholly abandoned. Chernobyl has been labeled an uninhabitable land for humanity for the next 3000 years since the disaster. As a result of the Chernobyl Nuclear Disaster, radiation exposure has affected nearly 7 million individuals.

The Elephant’s Foot:
The Elephant’s Foot is a Corium mass that was formed as a result of the Chernobyl disaster. Researchers found it for the first time in December 1986, almost eight months after the nuclear disaster.
Because it contains graphite, the object has a bark-like structure that folds into several layers and has a blackish color. The common name “Elephant’s Foot” is given because of its wrinkled appearance and shape, resembling an elephant’s foot. The Elephant’s Foot is situated 6 meters above ground on the Chernobyl nuclear power plant’s steam distribution corridor, right below reactor No. 4 under chamber 217. 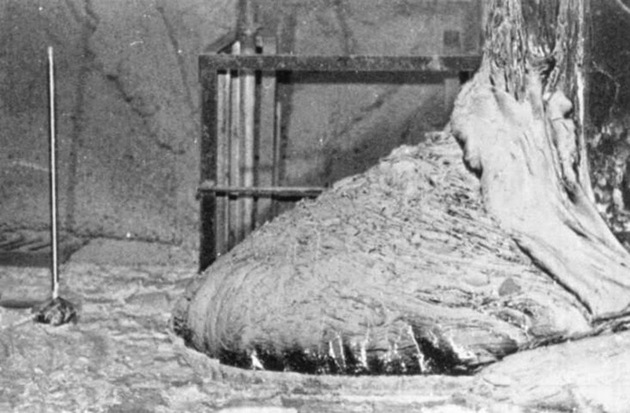 The Elephant’s Foot contains mainly silicon dioxide, which is the major component of sand and glass, with traces (2-10%) of the nuclear fuel uranium. Besides silicon dioxide, there are other compositions, such as titanium, magnesium, zirconium, atomic graphite, etc.

Nuclear graphite is any high-purity synthetic graphite explicitly designed as a neutron moderator or neutron reflector in nuclear reactor cores. Graphite is an essential element in nuclear reactors because of its excellent purity and capacity to withstand extremely high temperatures. High purity is required to avoid the absorption of low-energy neutrons and the creation of undesirable radioactive substances.

The density of the Elephant’s Foot as a substance was extraordinarily high, and it was difficult to accept the drill for sampling put on the remote control robot, so a sniper was summoned and shot from a distance with a Kalashnikov gun. The component was destroyed, and a sample was taken for component analysis.

Although depolymerized silicate glass occasionally contains crystalline zircon grains, the mass is typically homogenous. The zircon grains are not elongated, indicating a moderate crystallization rate. Zircon began to crystallize during the slow cooling of the lava when uranium dioxide dendrites grew fast at high temperatures.

The radioactivity of the mass is evenly distributed, although the distribution of uranium particles is not uniform. The concrete beneath reactor 4 was scorching hot during the accident, and it was pierced by solidified lava and stunning unknown crystalline forms known as “Chernobyl sites.”
The outer layers of the Elephant’s Foot began to break and turn into dust in June 1998, and the entire mass began to crumble. 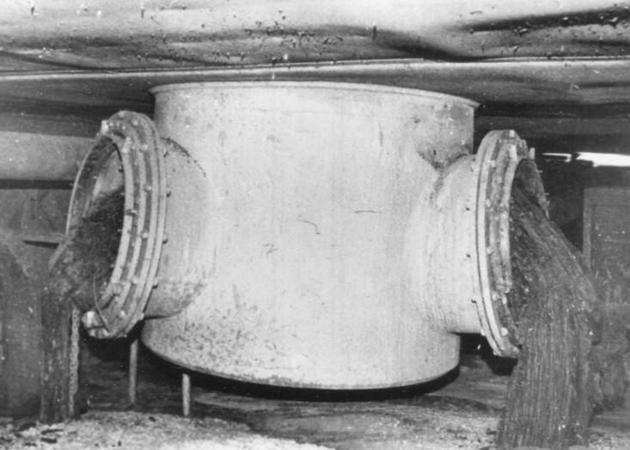 Since then, the radiation intensity has weakened sufficiently. In 1996, Artur Korneyev, deputy director of the New Confinement Project, photographed the Elephant’s Foot using an automatic camera and a flashlight to illuminate the otherwise dark room. Even though its strength has decreased, the Elephant’s Foot still emanates h

eat and death. Korneyev was the only one who entered the room more than anyone else. Miraculously, he is still alive.

The Elephant’s Foot had pierced at least 2 meters of concrete from its previous placement. There was concern that the product might penetrate further into the soil and come into contact with groundwater, poisoning the area’s drinking water and causing disease and death. However, until 2020, the mass has not moved much since its discovery. It is only slightly warmer than its surroundings due to the heat emitted by the continual disintegration of its radioactive components, which is known as radioactive decay.

What Is Radioactive Decay?
The process through which an unstable atomic nucleus loses energy by radiation is known as radioactive decay. The term “radioactive” refers to a material that contains unstable nuclei. Alpha decay, Beta decay, and Gamma decay are three of the most common types of decay, all of which involve the emission of one or more particles or photons.

What Does Radiation Do To Human Body?
All radioactive reactions are not created equal. When an excessive amount of radioactive material enters the body or is touched, we experience various physical and mental problems. Radioactive rays contact human living cells; they kill them or cause abnormal behavior. The Alpha and Beta rays react to our body’s outer parts, whereas the Gamma-ray creates deformations in our cells, including internal micro-parts. 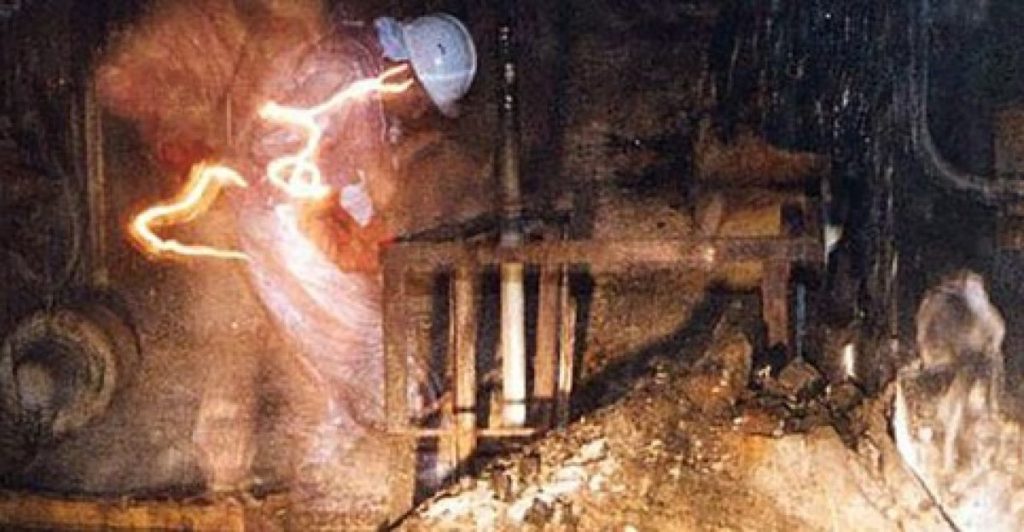 Our DNA is stored in the chromosomes of each cell, in packets of billions of genetic blocks with exact sequences. These structures hold accurate information on what, when, where, and how to do a specific task in our bodies. On the other hand, Gamma radiation can disrupt the chain, damaging or changing the links that hold DNA together. It may evolve into a cancerous cell in our bodies, which reproduce unpredictably.

A small amount of radiation can harm humans if exposed for an extended period. The amount of radiation is slightly higher, but it may not be dangerous to people due to the short stay. Due to the radioactive activity, there is an increased risk of developing cancer and leukemia. Furthermore, radiation is to blame for the physical and mental issues that babies and children suffer from. Our human body absorbs different levels of radiation in a single day, resulting in various reactions. Although it varies depending on physical abilities, the following two lists can be approximated as a general capacity.

Our body’s reaction through Radiation Levels within a day:
Level 0 – 0.25 Sv (0 – 250 mSv): Completely safe; everybody will not experience physical or mental problems.

Level 0.25 – 1 Sv (250 – 1000 mSv): Indigestion, nausea, and a loss of appetite are common symptoms of physically weak people. Some experience discomfort, depression, and anomalies in their bone marrow, lymph nodes, or other internal organs.

Level 1 – 3 Sv (1000 – 3000 mSv): Nausea, loss of appetite, and skin rashes are frequent side effects. There will be pain, depression, and abnormalities in the bone marrow, lymph glands, or other body parts. Almost all of these issues can be resolved with correct treatment in due course.

Level 3 – 6 Sv (3000 – 6000 mSv): Vomiting and losing appetite will be usual. There will be bleeding, rashes, diarrhea, numerous skin ailments, and skin burn areas. If not treated right away, death is unavoidable.

Read about Hisashi Ouchi, the worst nuclear radiation victim who was kept alive against his will for 83 days to learn more about what happens to a fatal radiation victim. 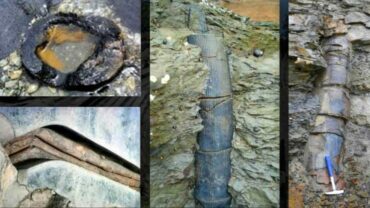