Legends and relics from many ancient societies identify certain gods or goddesses as human-animal hybrids. The Ancient Anunnaki are shrouded in mystery, and most of the mysteries revolve around their physical characteristics, which can be seen in depictions all across the world. Various characteristics plainly distinguish ordinary humans from these heavenly gods.

Many people feel there is a strong link between the Ancient Anunnaki and the reptilian entities shown on Earth. Such tales of reptilians and humans are not uncommon. Surprisingly, the “Doctrine of the Serpent Seed” refers to the Serpent’s lineage in human history. 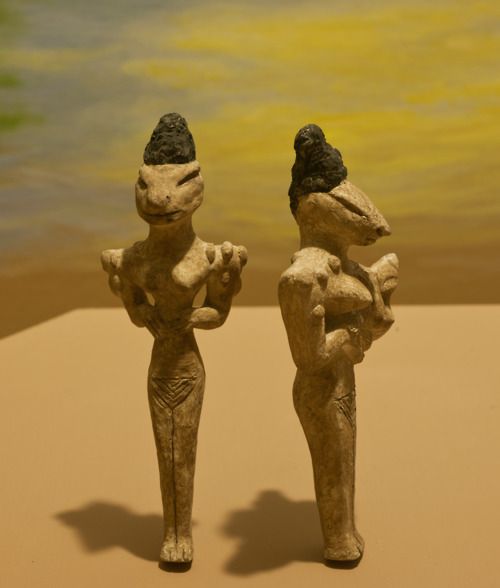 Fu Xi and Nuwa were half-snake deities who were responsible for the creation and education of mankind in ancient Chinese legend. Similar traditions may be found in ancient Greek mythology, when Cecrops, the mythical first monarch and creator of Athens, conferred writing and reading the knowledge on mankind. Echidna, the Mother of All Monsters and a human-snake hybrid in Greek mythology, looked almost identical to the aforementioned serpent deities.

Around the world, there are reptilian gods.

Regardless of what ancient tradition suggests about the Anunnaki’s Reptilian origins, there are critical pieces of evidence. Researchers uncovered a proto-Neolithic society that perished 2,000 years ago at the archeological site of Jarmo (modern Iraq). Researchers identified various representations of “The Mother Goddess of Fertility” among the hundreds of mystery artifacts and Sumerian God sculptures recovered on the site.

The deity was represented innovatively. The figurines have a humanoid body, but the statues’ heads are anything but human, having distinct zoomorphic characteristics. Elongated faces, elongated skulls, wide oval-shaped eyes, and broad shoulders can be found on both male and female figurines.

In ancient society, Serpent-God worship was fairly widespread. Itzamná is regarded as the greatest god who created the world in the Mayan tradition. He is frequently referred to as the most powerful god in the universe, owing to his vast knowledge of writing, cuisine, medicine, and other subjects. He is a god from the Mayan pantheon who taught Mayans how to become civilized and organized religious rites.

The Mayan word Itzamná means “lizard” or “big fish” in their language. He has a variety of personas and is known by several names in various eras. Quetzalcoatl, also known as the Feathered Serpent God, was a white god that visited Earth in Mesoamerican civilization. Mayans referred to him as Kukulkan during the Post Classic period. In his alternate form, he is depicted as a two-headed caiman, which represents the universe’s duality according to Mayan beliefs.

Nagas, a race of “serpent people” or “lizard men” who have made their homes in two main underground cities (or civilizations), Bhogavati and Patala, are still widely believed to exist in India. Bhogavati is thought to be located beneath the Himalayas, and it is from there that the Nagas waged war against other human subterranean kingdoms such as Agharta and Shambala. Millions of Hindus believe that Patala entered the Well of Sheshan in Banares, India, until this day.

Rh-negative A reptilian link in the blood

Another strange representation of the snake god in world mythologies comes from the Basque people, who live in a small region near the Pyrenees mountain range on the boundary of Spain and France. In Basque tradition, there is a character known as “Sugar,” who is frequently represented as a snake or dragon.

Sugar, a partner of the greater pre-Christian Basque goddess known as “Mari,” was described as an entity that flew through the sky between the Balerdi and Elortalde mountains, appearing as a vast fireball, according to Basque folklore.

Apart from the snake-like image of Basque God, this group possesses a very uncommon lineage. They have the largest percentage of Rh-negative blood, which is connected with “Alien Blood” by many. 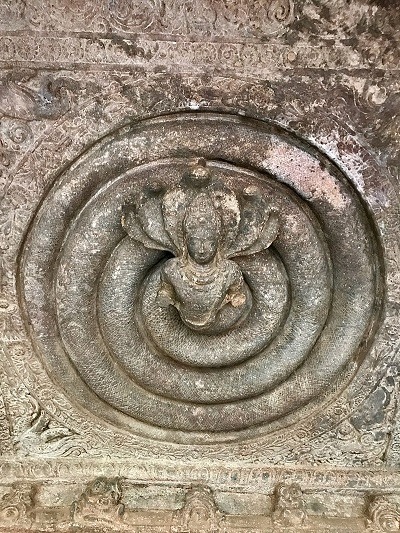 Some believe this mutation developed as a result of interbreeding between early humans and some non-human species, possibly of alien origin, according to Brad Steiger’s book “Real Aliens, Space Beings, and Creatures from Other Worlds.”

After accumulating a variety of evidence on the putative connection between Reptilians and strange non-Rhesus mutations among human blood types, researcher Dee Finney made the following observation:

“Those with Rh-Negative Factor Blood are being pursued by the Reptilians.” Going back in time, the Rh-Neg Hybrids originated in the Carpathian Mountains’ Draco Caverns. They were primarily red-haired and had green eyes, as well as black-haired and had brown eyes. They attempted to infiltrate the Blond/Brown Haired Civilization with Blue Eyes… Hybrids are Rh-Negs. They are a hybrid of reptilian and human. When two Rh-Negs try to have a baby, the infant frequently dies or is born as a “Blue Baby” because the Rh-Negs are unable to metabolize oxygen effectively. If they survive, they will be known as “Blue-Bloods.” Rh-Negative people make up 5% of the world’s population. However, they account for 15% of the population of England and the United States.” 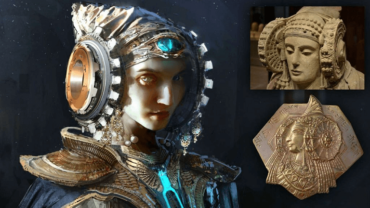