Researchers from the Institute of Archaeology of the Russian Academy of Sciences found the burial in Phanagoria in the country’s Krasnodar Krai region.

Riding stirrups and spurs were found alongside the man, equipped with a belt for carrying a sword, suggesting he was a mounted member of the army. 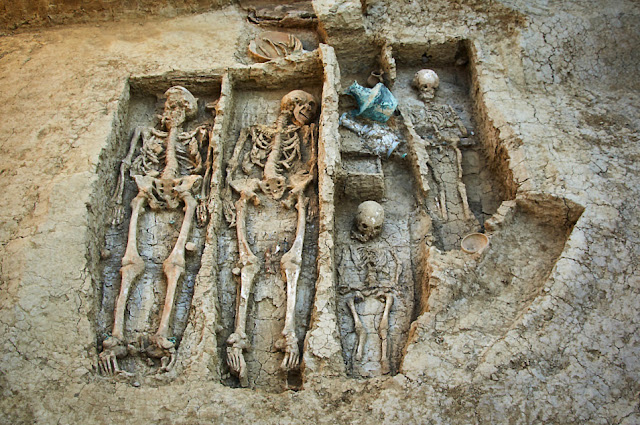 Experts believe the family may have died from the plague or were butchered by Nomadic tribes.

Researchers say that the depth of the burial – 16 feet (five meters) underground – and valuables found alongside them suggest their wealthy status.

‘Judging by what we have found here, the man was served the city’s army,’ Aleksei Voroshilov, head of the Necropolis division at the Phanagoria archaeological dig, told Russian news site Ruptly.

‘He was a horseman because we found riding stirrups and spurs too. There is also a leather harness attached to a belt used to carry a sword.

‘The buckles on the harness are worn-out, which means this warrior has seen a lot of fighting. He was unsheathing and sheathing his sword again and again.’ 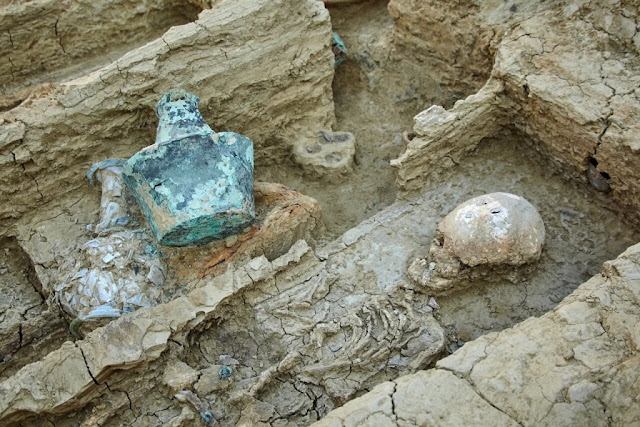 Around 250 people took part in this year’s archaeological dig at Phanagoria, including student volunteers and experts from France and Bulgaria.

Several other artifacts have been found in the Phanagoria and flooded parts of the ancient city.

Researchers say the finds are of interest to scientists globally, as they are unique.

‘This year, we have discovered very accurate and strong evidence that Christianity was founded in Phanagoria in the fifth century, which is a marble tabletop, which could be used as an altar in a church. 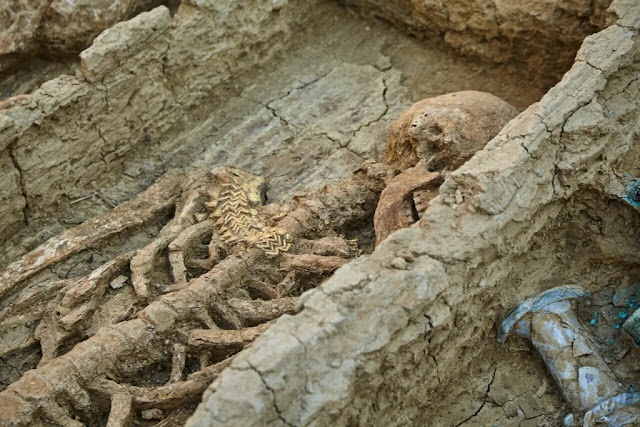 ‘We have discovered a marble baptistery for infants or probably for toddlers as well. It is not very big. Nevertheless, it is massive and made from marble.’

‘One of our underwater expeditions discovered a ship some time ago, sunk following the uprising in Phanagoria against Mithridates VI of Pontus, which occurred exactly in 62 BC.

‘This ship is one of the most ancient ones ever found in the world.’ 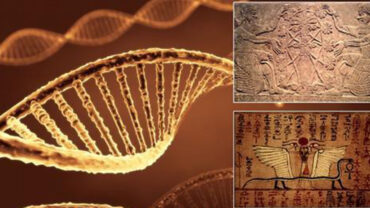