According to modern research, the Earth is around 4.6 billion years old. Pre-hominid primates did not arrive until the Pleistocene era, or the last Ice Age, about 1.8 million years ago. Based on fossil evidence, some experts believe that social activity and civilization did not arise until the end of the last Ice Age. However, discovering the Yonaguni underwater monument on the Japanese island at the bottom of the Pacific Ocean sparked heated debate among academics. 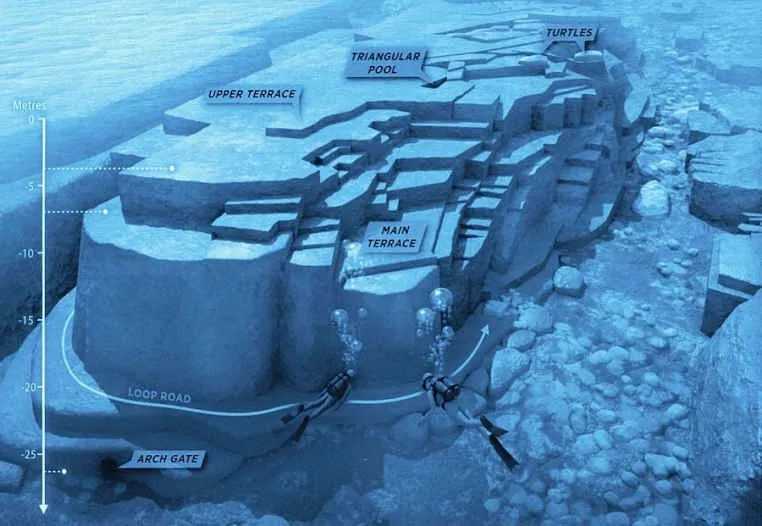 Divers discovered remnants of artificial structures in the water off the southern edge of Yonaguni Island in the Ryukyu Islands in 1986. A square-shaped system covered in coral, a massive platform with edges and corners, walkways, stairways, and an arched building were all part of the site. While looking at the remains, one could see how they resembled an ancient city altar.

The massive stone monolith is located about 120 kilometers east of Taiwan, off the southern shore of Yonaguni Island. Yonaguni Island’s region is now one of the most popular diving destinations, with divers flocking there simply to observe the enigmatic item.

The largest archaeological find of the twentieth century, dubbed “Japan Atlantis,” was found by accident in 1986 by diver Kihachiro Aratake, looking for a new spot to study hammerhead sharks.

At a depth of roughly 30 meters, he spotted a massive stone building on the ocean floor. The diver studied the strange object closely and was taken aback by its enormous size. It was difficult for Arataka to figure out the monument because it was mostly covered with coral. As a result, he swam multiple times around the massive stone stairs, photographing them in great detail before returning to the beach. 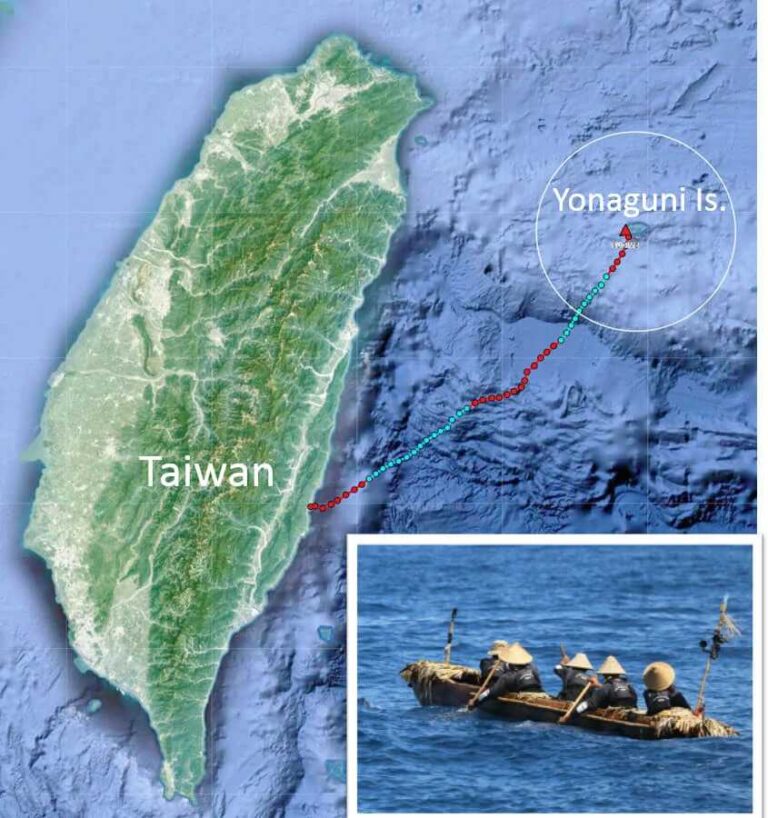 Masaaki Kimura, a marine geology and seismology professor at the University of the Ryukyus in Okinawa, Japan, has been studying Yonaguni’s undersea monument for almost 20 years. He gathered a lot of evidence to find a solution to the topic of the odd structure’s genesis and then presented his contentious hypotheses about the underwater pyramid’s creation. Many divers have visited the location to make their findings due to Kimura’s published study.

Some academics, like Kimura, think the monument is an artificial pyramidal building named “Japanese Atlantis” because it is believed to represent the relics of a vanished ancient civilization. Kimura is confident that the Yonaguni monument was built artificially, indicating that humans formerly lived there. This theory’s proponents went much further. They argue that the pyramid proves the existence of the mythical continent of Mu, which is claimed to have sunk after a terrible power disaster.

British Colonel James Churchward was on garrison duty in India towards the end of the nineteenth century. He was lucky to receive the Naccal inscription from a Hindu temple’s abbot. It was written in a strange language. Churchward and a well-known monk deciphered the history of a large prehistoric civilization after several attempts. Churchward released “The Lost Continent,” a book on the Mu culture, in 1926.

Kimura gathered proof that the ancient undersea structure was artificial over multiple underwater dives. The Japanese geologist cited numerous aspects of the monument to back up his thesis. He discovered tool marks, drainage ditches, gates, steps, two stone sculptures in the shape of turtles, and the remains of a huge bas-relief with animal silhouettes. 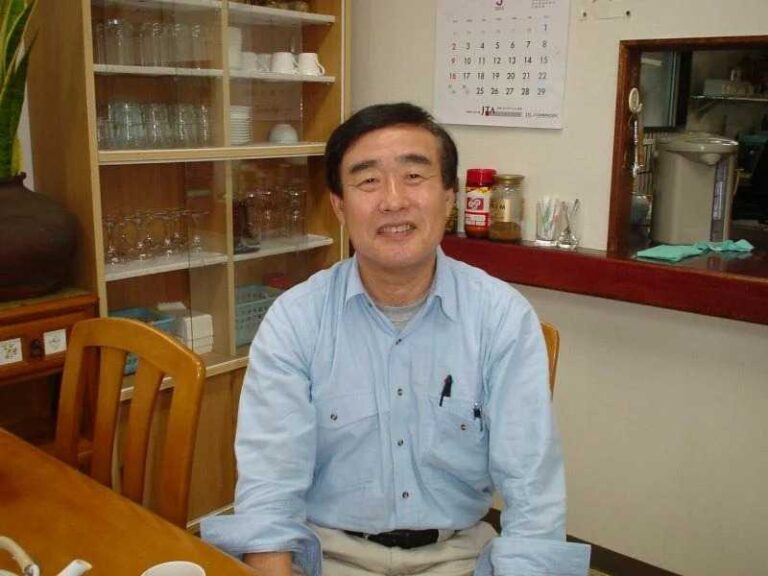 Kimura also claims to have discovered the remnants of several structures, including numerous minor temples, a putative arena, and the traces of the roadways that linked them all together. Furthermore, the Japanese geologist is persuaded that the geography of Yonaguni Island bears witness to the presence of a lost ancient metropolis that vanished beneath the sea.

Kimura also believes that the “Rosetta Stones of Okinawa” are old stone tablets that appear to be proof of the ancient city’s existence. Kimura first assumed that the buried metropolis of Yonaguni was over 10,000 years old based on the evidence he had acquired. He then revised his age estimate to 2000–3000 years old for the item.

The monolith’s uniform, straight lines, according to Schoch, might imply a natural erosion process. Nature, after all, is capable of producing stunning abnormalities.

Schoch notes that there are other unidentified (but undoubtedly old) tombs in Okinawa that resemble the Yonaguni monument. They might suggest that people were merely copying the natural features of an underwater monolith, but this does not necessarily imply that ancient city remains are submerged. 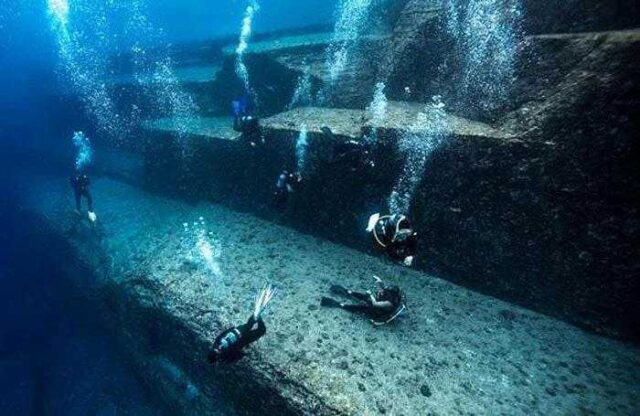 Another notion is that the Yonaguni monument was originally the foundation of a structure destroyed in antiquity. According to Schoch, determining the monument’s origin might be more challenging than deciding whether it is “made” or “natural.”

When it came to the monument’s age, Kimura’s first estimate of 10,000 years was received with suspicion due to its impossibility. It is exceedingly unlikely that ancient humans have the expertise and resources necessary to construct such a tower. Designing and building a stone platform was an extremely tough challenge for any civilization in the past.

Graham Hancock is a British author whose writings, such as Fingerprints of the Gods, have gained international acclaim. He and his wife accompanied the Chinese and Japanese experts to investigate this area in August 2001. He said that the stones from the submerged city’s undersea construction are distinct from natural stone formations, indicating that they are more likely to be artificial.

“Nature does not build such structures,” he asserted, “in contrast to manmade structures where tremendous attention to such minutiae is paid.” The stones of the Hugging underwater submerged metropolis appear to be perfectly aligned from north to south and west to east. Furthermore, the surfaces of these stones are extremely flat and smooth. Only a tiny knife could fit between the joints since they are tightly matched. According to Hancock, this must be an artificial substance and cannot be natural. 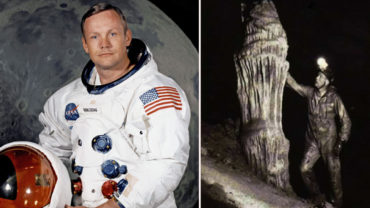