Five or six feet below the ground, were unearthed two hundred giant skeletons nearly all intact in their well conditions.

Discoveries of the skeletons of a gigantic race often surface on various news articles and media, and we are therefore more puzzled to know to what race the ancient “Mound Builders” belonged.

About a century ago, an article appeared in The Toronto Daily Telegraph stating that in the township of Cayuga in the Grand River, at the farm of a resident named Daniel Fradenburg, five or six feet below the ground, were unearthed two hundred skeletons nearly all intact in their well conditions. 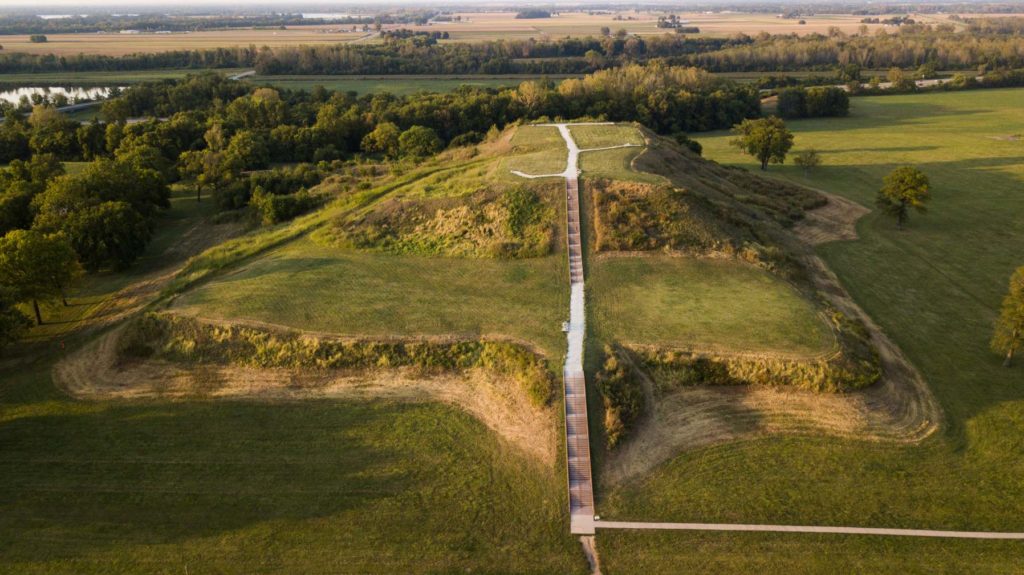 The discoverers found a string of beads around the neck of each, stone pipes in the jaws of several of them, and many stone axes and skinners to be scattered around in the dirt. The skeletons were gigantic, some of them even measuring nine feet, and few of them less than seven.

Some of the thigh bones were six inches longer that any unsual human skeleton. The farm had been cultivated for a century and was originally covered with a thick growth of pine. There was evidence from the crushed bones that a battle took place on that soil in the ancient time and these were some of the slain. Were these the remains of Indians, or some totally other race? And who did fill this ghastly pit?

Pioneer Society of Michigan, 1915 (Ontario Canada)
On Wednesday last, Rev. Nathaniel Wardell, Messers. Orin Wardell (of Toronto), and Daniel Fradenburg, were digging on the farm of the latter gentleman, which is on the banks of the Grand River, in the township of Cayuga.

When they got to five or six feet below the surface, a strange sight met them. Piled in layers, one upon top of the other, some two hundred skeletons of human beings nearly perfect — around the neck of each one being a string of beads. 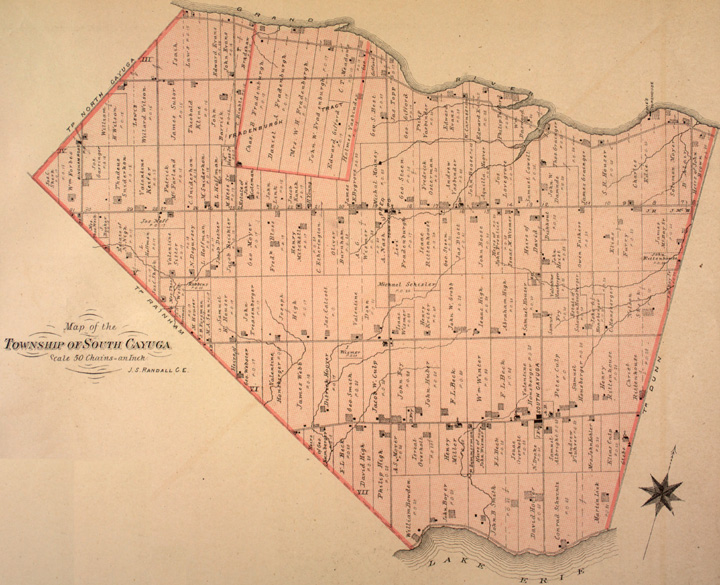 There were also deposited in this pit a number of axes and skimmers made of stone. In the jaws of several of the skeletons were large stone pipes — one of which Mr. O. Wardell took with him to Toronto a day or two after this Golgotha was unearthed.

These skeletons are those of men of gigantic stature, some of them measuring nine feet, very few of them being less than seven feet. Some of the thigh bones were found to be at least a foot longer than those at present known, and one of the skulls being examined completely covered the head of an ordinary person.

These skeletons are supposed to belong to those of a race of people anterior to the Indians. 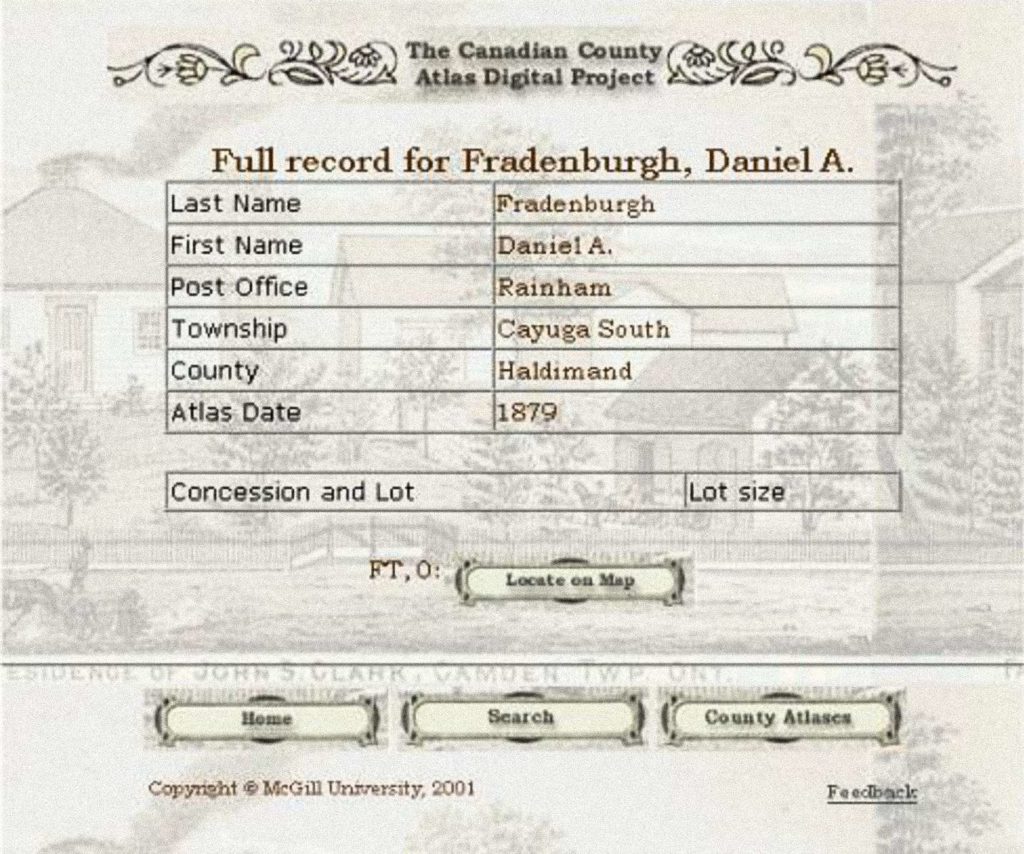 Some three years ago, the bones of a mastodon were found embedded in the earth about six miles from this spot. The pit and its ghastly occupants are now open to the view of any who may wish to make a visit there.

Some people profess to believe that the locality of Fradenburg farm was formally an Indian burial site, but the enormous stature of the skeletons and the fact that pine trees of centuries growth covered the spot goes far to disprove this idea.

Did Fradenburg and his associates really unearth the remains of an ancient giant race lost in time? If so, where are those findings hidden today? 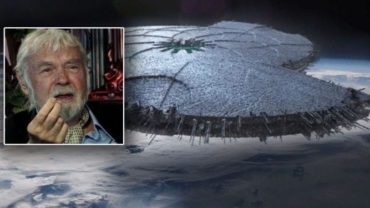