Archaeologists in France have uncovered a massive cemetery containing 40 tombs dating from the first half of the first millennium. 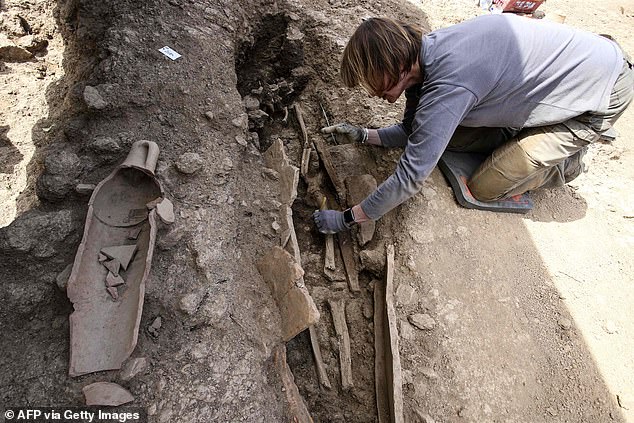 Bodies were discovered inside of amphorae, or large jars, from Northern Africa.

The site, on the island of Corsica, is being called a necropolis, taken from the ancient Greek for ‘city of the dead.’

Corsica passed under the control of many different civilizations in the first half of the first millennium.

While artifacts found in the excavation appear to be of Roman origin, experts caution they could have been repurposed by Visigoths or later inhabitants.

Archaeologists with the French National Institute of Preventive Archaeological Research (INRAP) made the discovery in Ile-Rousse, a town on Corsica’s western coast.

A sleepy fishing village that’s becoming something of a tourist attraction, Ile-Rouse dates to the mid-18th century, but the excavation provides more details on the area’s ancient inhabitants.

It’s been occupied for at least 6,000 years, but ‘the archaeological indications of previous occupations were rare and fragmentary,’ INRAP said in a statement. 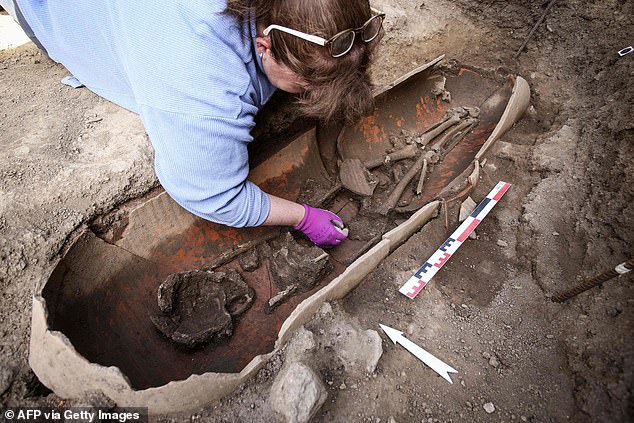 A dozen tombs were first discovered in spring 2019, but excavation in February and March uncovered dozens more, with ‘great diversity in their architectural style,’ the institute said.

They uncovered amphorae, which were often used to import olive oil, wine and other goods, across the Mediterranean from Carthage, now known as Tunisia, between the 4th and 7th centuries.

The large vessels served a second purpose here, the institute said, as ‘receptacles for the deceased.’

Typically amphora were only used to bury children but the researchers found adults had been entombed, as well.

The remains of 40 individuals were uncovered in all, buried some time between the 3rd and 6th centuries. 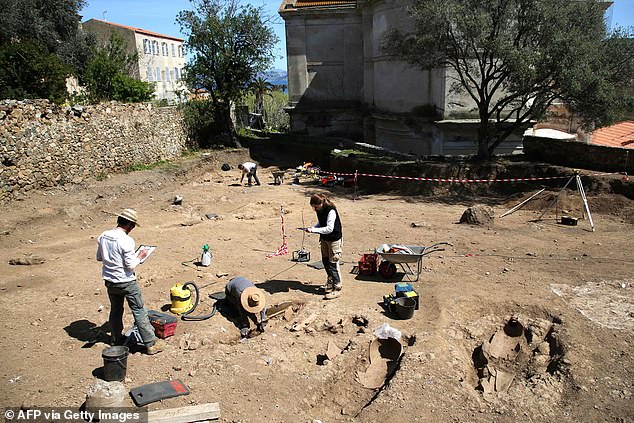 The necropolis was discovered right behind Ile-Rousse’s parish church, the Church of the Immaculate Conception, during archaeological surveys conducted in anticipation of an upcoming construction project.

Some of the tombs were covered with terracotta materials typically used as roof tiling in ancient Roman architecture, but additional analysis needs to be conducted to learn more about the identities of the deceased.

According to INRAP, the Romans did occupy Île-Rousse—then known as Agilla—during the time period to which the jars have been dated, but later settlers could have reused them after the Romans departed.

The first half of the first millennium was a period of great instability for Corsica, which represented a small but strategic outpost for anyone trying to control Mediterranean sea lanes.

The island was under Carthaginian rule until 240 BC, when they were supplanted by the Romans. In 410 AD, it passed to the Visigoths, who renamed Agilla as Rubico Rocega. 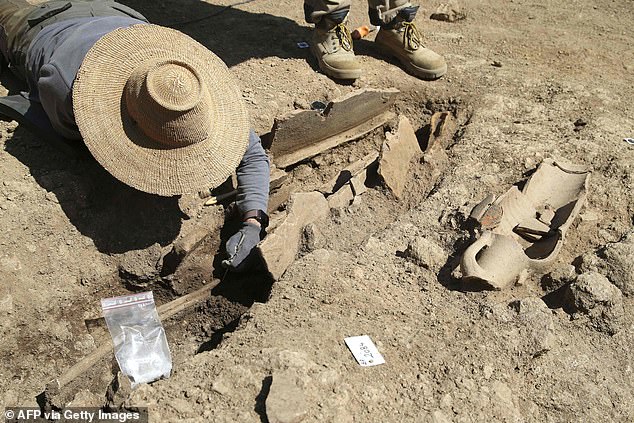 It then was controlled by the Vandals and Ostrogoths, before becoming part of the Byzantine Empire in 536 AD.

How that turmoil affected the area, ‘has always been a mystery,’ according to the site Ancient Origins.

‘While it was believed the area was largely deserted, the discovery of the impressively populated Corsica necropolis raises the possibility that population density in the area during the mid-first millennium was greater than had been imagined,’ the institute said.

Given that such necropolises were usually associated with houses of worship, there may be a great deal more to uncover. 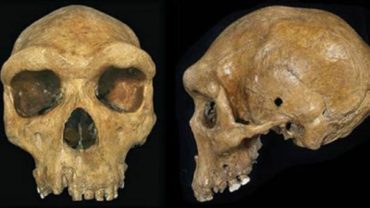