In 1978, Mary Leakey and her husband Louis Leakey, one of the best anthropologists of the twentieth century, were on an expedition in Tanzania to discover a collection of 3.6 million-year-old footprints from an early human species.

Hominid footprints were thought to have been preserved on the ground due to a volcanic explosion. Three traces were discovered in Laetoli, Tanzania’s Arusha Region, becoming the world’s oldest footprints.

During the 1978 voyage, Mary Leakey observed some unusual footprints in volcanic ash on the ground, which she promptly reported to her husband. They discovered the impressions of three persons, which were quite similar to human footprints when they examined attentively. There was, however, a snag. 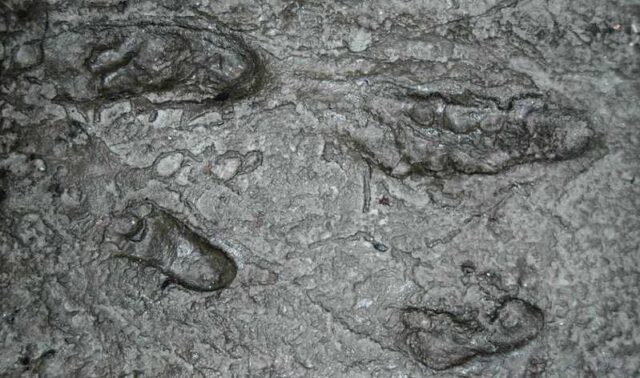 The Laetoli footprints were judged to be at least 3.6 million years old when the date was completed. This is utterly incompatible with science. Experts from anthropology to animal marking specialists, archaeologists, and other disciplines investigated the find. They were all in agreement that they were human.

The footprints were only slightly different from those of modern man, which perplexed specialists. Despite the idea that this may indicate that man lived millions of years ago, the footprint was judged to be that of “Australopithecus afarensis.”

“The first people who left these impressions were bipedal, with huge toes aligned with the rest of their foot.” As apes have significantly divergent large toes that let them climb and grab items like a thumb, these early human feet were more human-like than ape-like. The footprints also reveal that these early people walked with a “heel-strike” (the heel of the foot strikes first) and a “toe-off” (the toes push off at the end of the stride) gait, similar to how modern humans walk.” 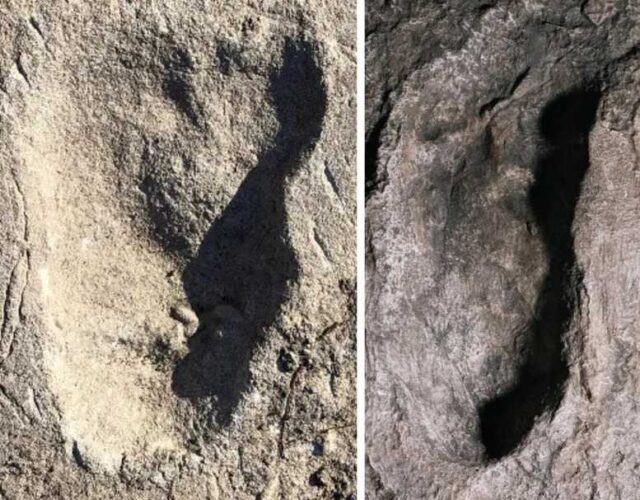 In 1976, another pair of mystery footprints was partially unearthed at adjacent Site A, but they were disregarded as bear tracks. The Site A footprints at Laetoli were recently re-excavated, and a careful comparison examination indicated that they were formed by an early human— a bipedal hominin.

“We now have solid evidence from the Site A footprints that various hominin species were walking bipedally on this area, but in different ways on different feet,” senior author Jeremy DeSilva, an assistant professor of anthropology at Dartmouth, stated. Since the 1970s, we’ve got this proof. It only took the uncovering of these unique traces and additional in-depth investigation to bring us to this point.”

Experts are especially perplexed by the large quantity of Precambrian Eon tools and fabricated artifacts discovered in the region. As a result, the presence of ingredients that need the capacity of an intelligent entity to make them supports the hypothesis that the Laeoli footprints are human, while their dating is debatable.

Although determining which species the footprints belong to is exceedingly tricky, other scientists feel that the age and size of the impressions limit the number of possibilities. As a result, “Homo ergaster” or, at most, an early “Homo erectus” is the nearest specie. 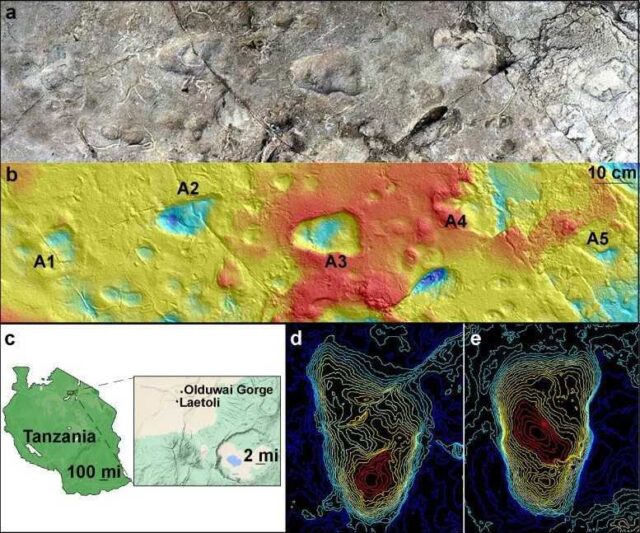 It’s worth noting that Homo ergaster was the first hominid whose extremity proportions were comparable to those of contemporary humans. The Laetoli site is roughly 45 kilometers southwest of Olduvai Gorge, also known as Oldupai Gorge, and is adjacent to Serengeti National Park. The site dates from the Plio-Pleistocene epoch and is known for its preserved human footprints in volcanic ash.

Researchers uncovered hominid footprints on the Greek island of Crete in 2002 and discovered that they were formed 5.7 million years ago. Dr. Per Ahlberg of Uppsala University and his colleagues decided in 2017 that the footprints found fossilized in a rock on Crete were produced by a human ancestor and were 5.7 million years old.

This was a game-changing discovery, demonstrating that humans might have developed in Europe, throwing a wrench into African-origin evolutionary theories. According to a scientific report published in Scientific Reports, new research suggests that the 50 imprints are more than 300,000 years older than previously assumed.

Even though contemporary science has advanced to unimaginable heights in recent years, the genesis of the human being remains a mystery. As a result, it’s plausible that the Laetoli footprints are human, but they’re ancient. 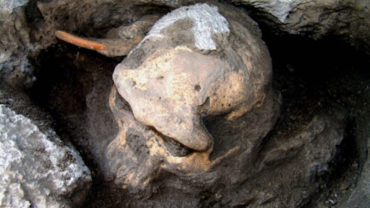