Carr was born in 1904 in West Virginia. He dropped out of school at the age of 13 and taught himself. In 1925, while working as a hotel clerk in Manhattan, he met Tesla for the first time. The two men discussed technological advancements as well as energy generation. Tesla allegedly inspired Carr, who is said to have discovered free energy. 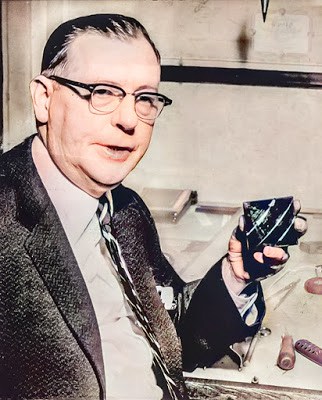 Only a few people contemplate assisting humanity without expecting a reward. Otis T. Carr, a Baltimore engineer, was the only one who believed in Tesla’s free energy notion after the brilliant scientist Nikola Tesla. He desired to build a spacecraft that could use only free energy for the Moon and other planets. Tesla remained his buddy until 1943, when he died. In the late 1950s, he was a Tesla protégé who built several completely working flying saucers.

Tesla stated in 1911 in an interview with The New York Herald Tribune:

“Neither wings nor propellers will be in my flying aircraft.” You’d never think it was a flying vehicle if you saw it on the ground. It will, however, be able to move freely in any direction through the air in complete safety.”

Tesla’s ambitions were never realized owing to political and financial constraints, but his follower Carr claimed to have succeeded in harnessing gravity’s force and building a spacecraft with it.

Carr was looking for funding for his saucers and free energy program in the 1950s. Ralph Elsmo, a Baltimore advertising executive, became a friend of his. Also offered Carr job-creating Tesla-based technologies after learning about his ideas. He later established “OTC Enterprises, Inc.” as his company name. Advertisers portrayed Carr as the best scientist in 1957, claiming that he invented the “Carrotto Gravity Motor,” which provided free energy. 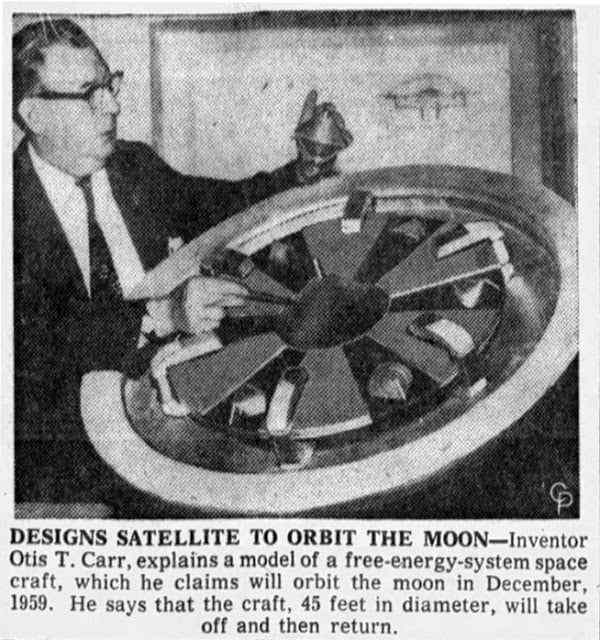 His most contentious design was the Utron Electric Accumulator, also known as the OTC-X1 spaceship. It was described as a fourth-dimensional space vehicle or a flying saucer.

Carr would not have been able to create this technology if Tesla hadn’t revealed his anti-gravity propulsion concepts to him years before. Carr stated in 1958 that he had developed anti-gravity technology that might be used in spacecraft. He requested $20 million in funds to create manufacturing facilities and a machine (OTC-X1) capable of traveling to the Moon or any other planet in the solar system.

He went so far as to present his OTC-X1 design to the Pentagon. The Pentagon dispatched a team to look into Carr’s offer because it piqued their attention. They went to his office in Baltimore and discovered that his model was worthless. The FBI launched an inquiry into Carr’s new spacecraft type in 1958, fearing it might draw the Soviet Union, but they were warned about illegal behavior. There were rumors that he was selling unregistered shares.

Carr and technician Ralph Ring collaborated on creating flying saucers during a Project Camelot. They developed a flying saucer driven by rotating electromagnets and a series of small, innovative capacitor-like devices dubbed “Utrons” in the late 1950s and early 1960s. They built many miniature ships and a 45-foot boat that traveled at the speed of light for 10 miles. 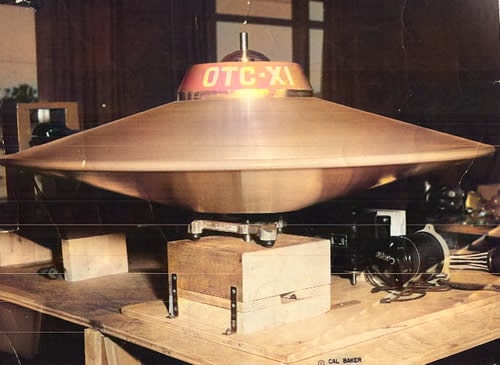 “I was piloting the 45′ ship approximately 10 kilometers with two other engineers. I believed it had failed since it hadn’t moved. When we learned we had returned with samples of rocks and plants from our location; I was utterly taken aback. It was a resounding success. It was more of a teleportation effect.”

“You have to work with Mother Nature all of the time.” It is never necessary to use force. “The physical rules are rather straightforward,” Ring explained.

“Any vehicle accelerated to an axis rotation relative to its attractive inertial mass gets activated by free-space-energy and functions as an independent force,” Carr says.

Hundreds of people attended the launch of Otis Carr’s disk in Oklahoma City on April 15, 1959. They were invited to witness the launch of his 45-foot ship, which would soar 400-600 feet into the sky. Carr was brought to the hospital with a pulmonary hemorrhage, and the launch was subsequently postponed. 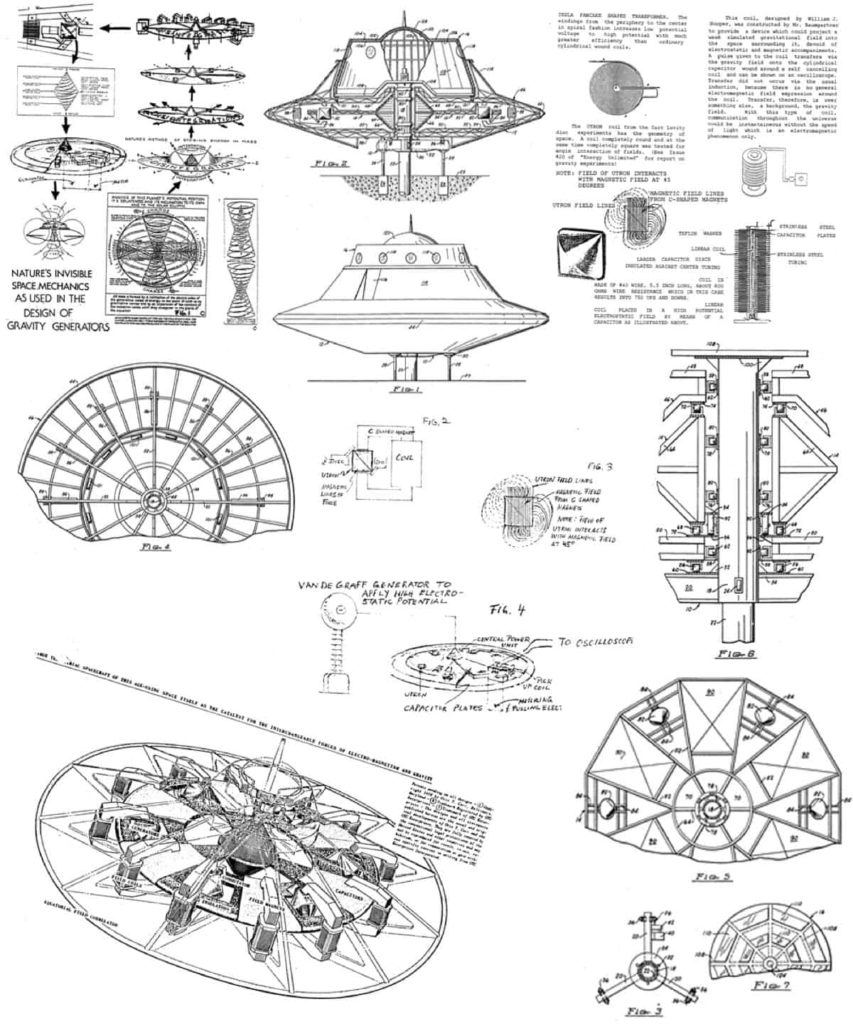 Carr caught the notice of World War II veterans Wayne Aho and Daniel Fry, who joined him and assisted in continuing his endeavor. On December 7, 1959, he claimed to be leaving for the Moon.

Carr ready the paperwork in 1947 and did receive a US patent No. 2.912.244 for an OTC-X1 space probe venture in 1959, even though the US Patent and Trademark Office had not accepted the concept of “time machines” for a long time. Carr’s device used exactly such a principle.

Carr was convicted of selling unregistered shares in Oklahoma in 1960, and in January, he was charged with $50,000 in fraud. He was sentenced to 14 years in prison, during which time the authorities demolished his lab and halted all of his prototypes. His squad was told not to make eye contact with one another. Carre remained in Pittsburgh until he died in 1982, trying to get investors to invest in his idea.

Otis Carr, like Tesla, was a victim who went unrecognized at the end of his life and ended up bankrupt. The government and other groups opposing Carr’s flying saucers are frequently mentioned. Furthermore, critics of alternative energy often accuse Carr of deception. 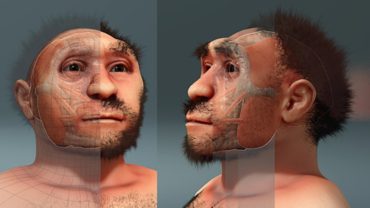