Moon-Eyed people were described as having pale skin, poor vision, and a different appearance from Native Americans. These mysterious people have built some of the earliest buildings in North America.

The Cherokee were one of the ancient Native American tribes that made up the Five Civilized Tribes, including the Choctaw, Chickasaw, Creek, and Seminoles.

This ancient culture occupied Alabama, Georgia, Kentucky, North Carolina, South Carolina, Tennessee, and Virginia in the southern United States when Europeans arrived in the 16th century. Researchers continue to debate the true origins of the Cherokees.

There are two major hypotheses 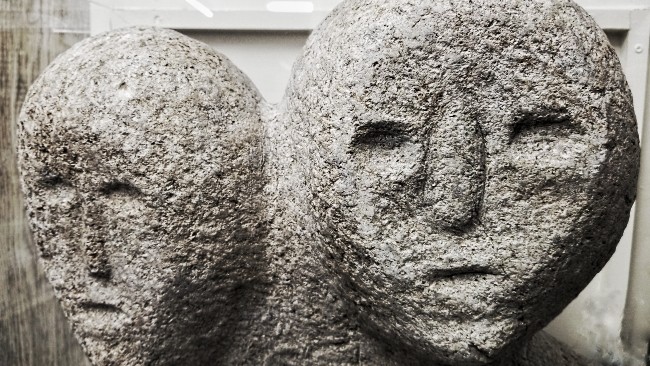 The first hypothesis is that the Cherokee, an Iroquois-speaking tribe, came to Southern Appalachia very late, maybe in late prehistoric times, from northern lands that were once the traditional territory of the Haudenosaunee Confederation (the Five Nations) and other Iroquois-speaking peoples.

In the 19th century, scholars documented interviews with elders who orally recounted the ancient Cherokee’s travels to the southern Great Lakes region. Researchers challenge the second idea that the Cherokees lived in the southeast for thousands of years.

However, this opinion is not practically supported by archaeological data. The Connesti people considered the ancestors of Cherokee, lived in western North Carolina from AD 200 to 600.

The Cherokee people were one of Five Civilized Tribes. Europeans gave this name because they believed that these five cultures had a higher level of civilization than the rest of the Native Americans.

Scholars say this helped them quickly adapt to white norms that didn’t help them avoid being driven out of land and resettled in Oklahoma, known as the Trail of Tears, which began in 1838.

Due to the strange traditions of a mystery people that existed before the huge Cherokee kingdom, the Cherokee were likely different from other Native American nations.

The moon-eyed people’s legend
The Moon-eyed people were enigmatic Northern American residents who had lived in Appalachia until the Cherokee drove them out. 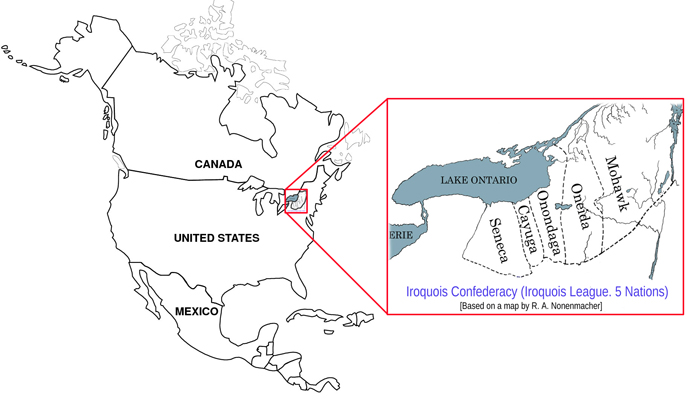 According to Benjamin Smith Barton, an American botanist, naturalist, and physician, they were called moon-eyed people because they couldn’t see very well during the day and had many distinct features than the rest of the Native Americans.

“The Cheerakes tell us that when they first arrived in the country, they lived in, they found that some moon-eyed people who couldn’t see during the day inhabited there,” Barton wrote, citing Colonel Leonard Marbury as a source. Then they were expelled.

Later additions to the Moon-eyed people legend claim that they were white, built pre-Columbian structures in the area, and fled west after being evicted by the Cherokee.

Another book published in 1902 by ethnographer James Mooney cites a “dark but long history” of an ancient, mysterious tribe before the Cherokee people in southern Appalachia.

According to historical documents, the white resident of Appalachia built several ancient structures in the area, including Cahokia, one of the largest old towns in Northern America. 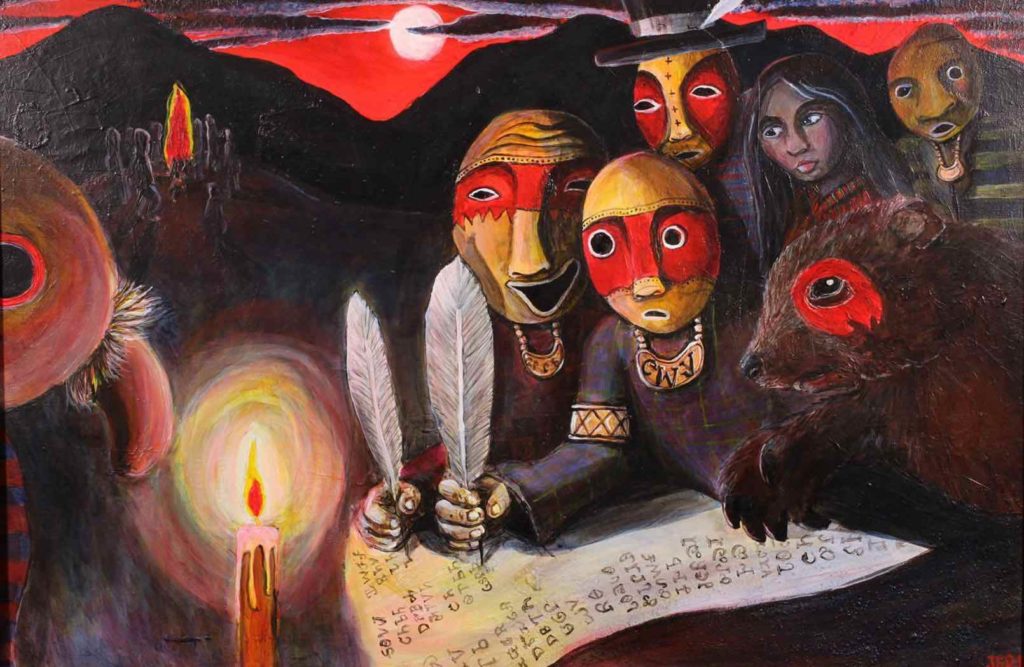 According to some hypotheses, the “moon-eyed people” were the same people Lionel Wafer encountered among the Kuna people of Panama, who were also known as “moon-eyed” because of their ability to see better at night than during the day. It’s said that the moon-eyed people built the Fort Mountain state park.

Current European-American traditions about “Welsh Indians” impacted this Cherokee story. These ancient relics were discovered on Welsh pre-Columbian journeys according to their practices.

In 1171, a Welsh Prince named Madoc sailed from Wales across the Atlantic to Mobile Bay, Alabama, according to a 16th-century record published by Welsh antiquarian Humphrey Llwyd.

According to John Sevier, an American soldier, pioneer, and politician who was one of the founding fathers of Tennessee, on one occasion in 1783, Chief Oconostota of the Cherokee said that whites had created the nearby mounds, that the Cherokee were later expelled from the territory.

According to Sevier’s stories, the Cherokee chief admitted that the mysterious people were, in reality, Welsh from over the sear. If this theory is correct, it will have far-reaching implications.

Or did the moon-eyed people derive from Stone Age North Americans? 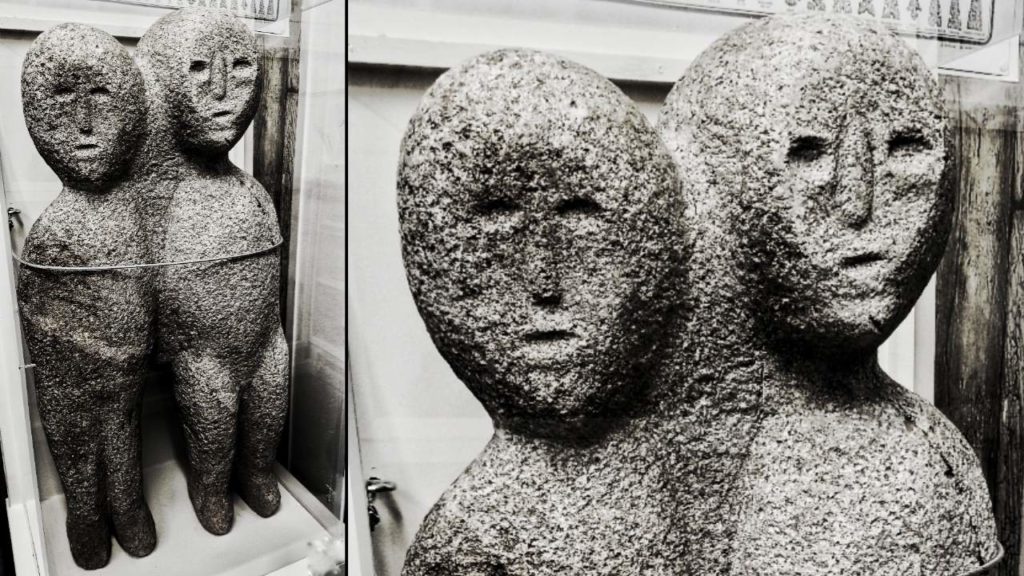 Surprisingly, the Cherokee of Ohio were also familiar with the mythology of the moon-eyed people. Some local elders and historians speculated that the moon-eyed people were related to the Adena Culture’s mound builders, who lived as early as 500 BC.

These mound-builders of ancient America remain mysterious. Were they the prehistoric whites of the Stone Age who crossed the ice bridges and settled in this land?

Researchers have discovered many curious objects when excavating the mounds of this society. For example, remnants of a “very huge” skeleton of a “once most powerful guy” measuring “six feet, 8 3–4 inches” (205 cm) from head to toe were unearthed at the Criel Mound in West Virginia.

Could the prehistoric red-haired and red-bearded giants who left indisputable traces across south-eastern North America be related to the moon-eyed people? The mystery of the moon-eyed people is proven in many ways, but we still don’t fully understand who they were and where they come from. 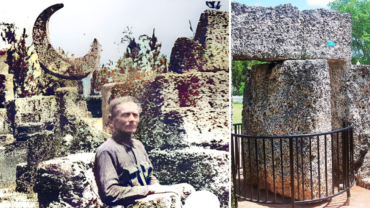