The Chocolate Hills in the Philippines are a popular tourist destination due to their mysterious nature, form, and various fascinating tales surrounding them.

Bohol’s Chocolate Hills are massive molehills covered in green grass that turns brown during the dry season, hence the name. They are made of limestone that has been eroded by rainfall over time, and specialists have classified them as a geological formation, but they accept that they don’t understand how they were formed. 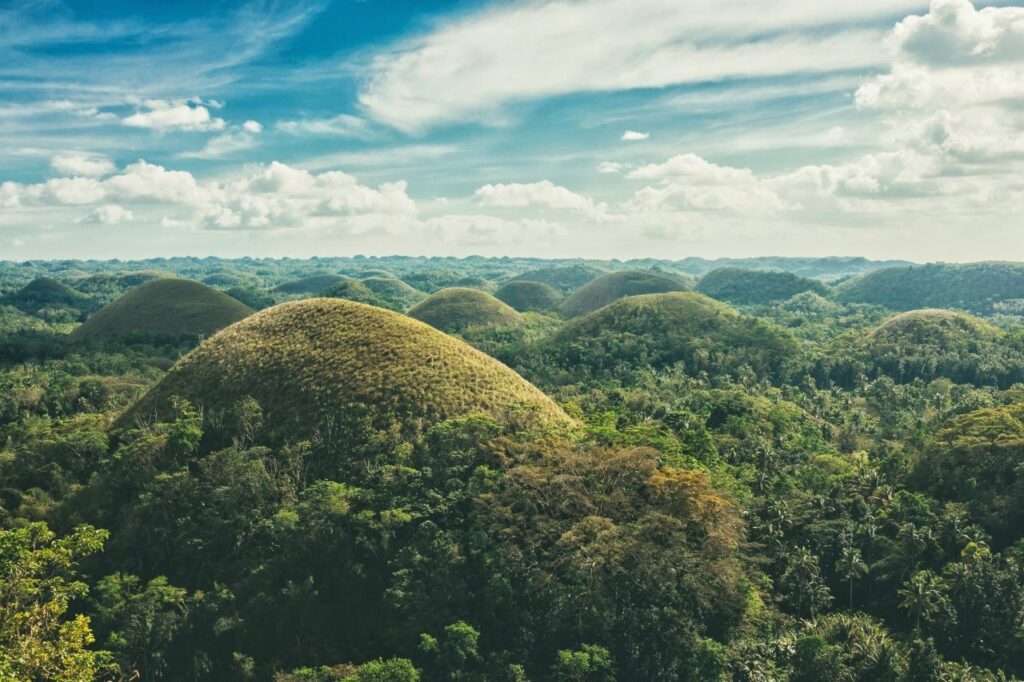 Because a comprehensive study has not yet been conducted, their numbers range between 1,269 and 1,776. The Chocolate Hills form a rolling terrain of haycock-shaped hills ― mounds of a generally conical and almost symmetrical shape. The cone-shaped hills vary in height from 98 feet (30 meters) to 160 feet (50 meters), with the tallest structure reaching 390 feet (120 meters).

Because rainfall is thought to be the primary shaping agent, scientists think a network of subterranean rivers and caves exists underneath these cone-shaped hills. This subterranean structure grows each year when the limestone dissolves as rainwater pours.

The Chocolate Hills are one of Asia’s seven natural wonders, and they even appear on the province flag of Bohol. Authorities are taking great care of them since they are a big tourist attraction, complicating the issue for any archaeologist wanting to go beyond the easy answers given by the so-called experts.

There have been several conspiracy theories concerning the Chocolate Hills. The most notable is their dome or pyramidal form, which further indicates their artificial nature.

People have been wondering if the hills are the creation of humans or other mythical beings because no in-depth researches have been conducted yet. 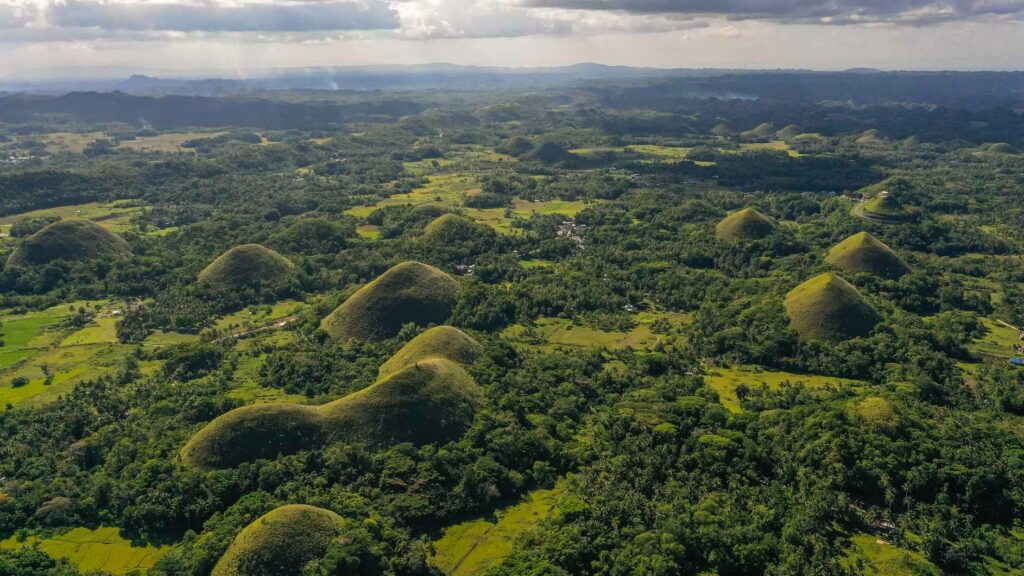 When we look at the stories of the Philippines, we see giants who either started a huge boulder fight and neglected to clean up the debris, or another giant who grieved his mortal mistress when she died, and his tears dried up and produced the Chocolate Hills.

While they are merely legends, they always involve giants who gave origin to these strange structures. So, what might be living beneath these massive anthills?

According to one theory, these might be the burial mounds of this region’s deceased ancient kings. Asia is dotted with pyramids, burial mounds, and towering funeral art, such as the Terracotta Warriors, who were buried beside Qin Shi Huang, China’s first Emperor.

But, if this were true, why would the Philippines not wish to discover such an opulent heritage? One probable explanation is that what is beneath these mounds would not be easily explained by our current understanding, at least not without reconsidering a huge chunk of history. 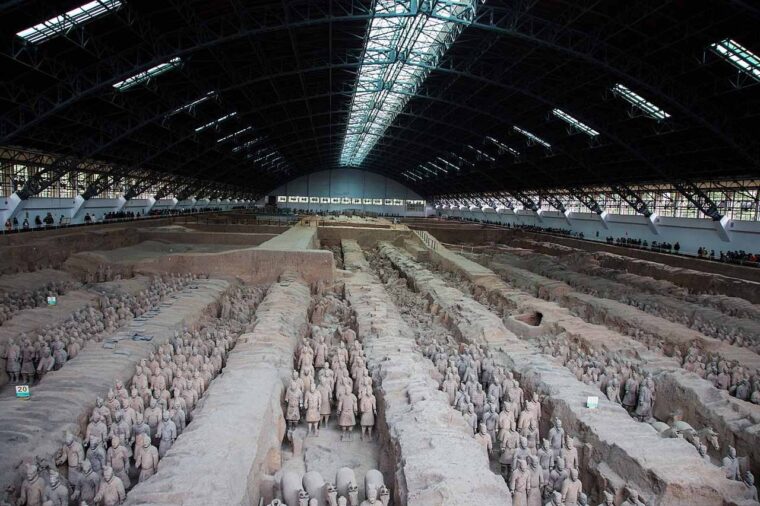 If confirmed to exist, the substance of the Chocolate Hills may include everything from relics of extraterrestrial entities to old unknown rulers or even superior technology.

If such a discovery were to emerge from beneath the Chocolate Hills, the powers governing us would not want the general people to learn about it. Given the size of this location and the large number of visitors that visit it regularly, such a discovery would not go ignored.

A second, more reasonable explanation depicts the Chocolate Hills as natural formations, but not as a result of precipitation, but as a result of enhanced geothermal activity elicited by the area’s active volcanoes. After all, the Philippines are situated on the ‘Ring of Fire,’ the world’s most seismically active zone.

We may not know their exact origins until more excavations are carried out. We can only speculate on this till that day comes. So, what do you think is going on? Are these strange structures man-made? Or a piece of art by a colossus? Or perhaps the volcanoes have created a masterpiece that the immature human mind has yet to comprehend? 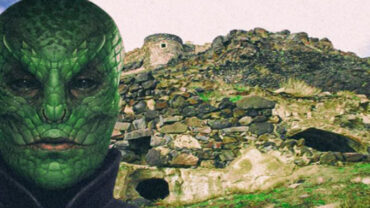