The Tiwanaku (Tiahuanaco) Empire encompassed portions of Bolivia, Argentina, Peru, and Chile from approximately AD 500 to AD 950. The area where the city of Tiwanaku is situated is almost 4,000 meters (13,000 feet) above sea level, which makes it one of the highest urban centers ever built in ancient times. 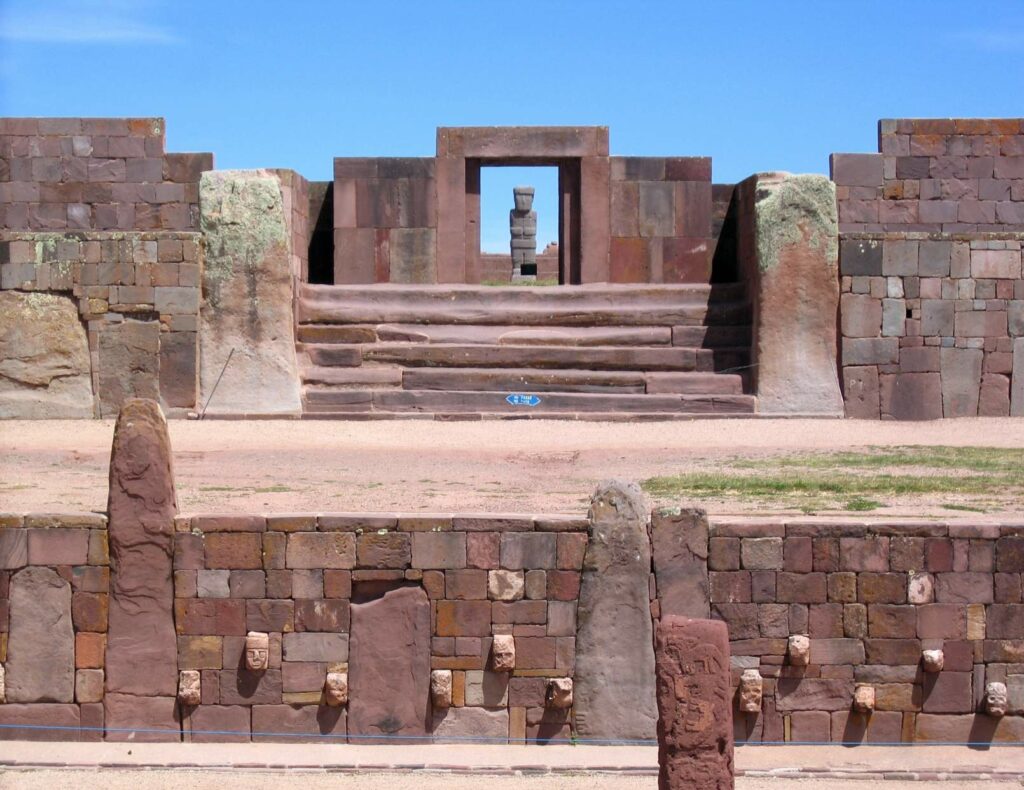 Archaeologists have excavated only a small part of the city, but they estimate that at its peak, at least 20,000 people lived in Tiwanaku. During excavations, the remains found in the city include temples, a pyramid, large gates, and carvings of alien-like faces that are highly controversial among scholars to date. Evidence showed that Tiwanaku citizens lived in separate neighborhoods, which were enclosed by large adobe walls. For now, the only extensively studied area is the city center.

By 1200 AD, the Tiwanaku civilization had all but disappeared from the area. Most archaeologists agree that this was due to drastic weather changes there. However, the culture carried on, as it became the basis of the beliefs of the Incas, who were next to inhabit the area. They did not believe that an earlier civilization had previously occupied the region. Instead, they believed that Tiwanaku was where the Inca god Viracocha created the first humans. Interestingly, the Inca built their structures next to those previously made by the Tiwanaku.

Not long ago, it was mentioned on a biology blog that archaeological engravings from the Tiwanaku civilization are unlikely to depict an ancient astronaut because, even with an aquatic tail, the creature still looks too much like a human. The underlying argument was that the evolution of life forms is so diverse that it is doubtful an alien would come out looking even remotely like us. This is essentially the opposite side of the pendulum to Hollywood’s consistent imaging of aliens as humanoids.

What should intelligent aliens look like? Or, to phrase it another way, what should we expect interstellar travelers who come here to look like? This is not a complete unknown. If the aliens are capable of interstellar travel, they achieve higher technology. What is necessary to achieve technology? My opinion on this is that to achieve technology. A life form would need a complex brain and the ability to see and manipulate objects. This implies eyes, fingered appendages, and perhaps ahead relatively large compared to overall body size. The Tiwanaku alien has all these features. 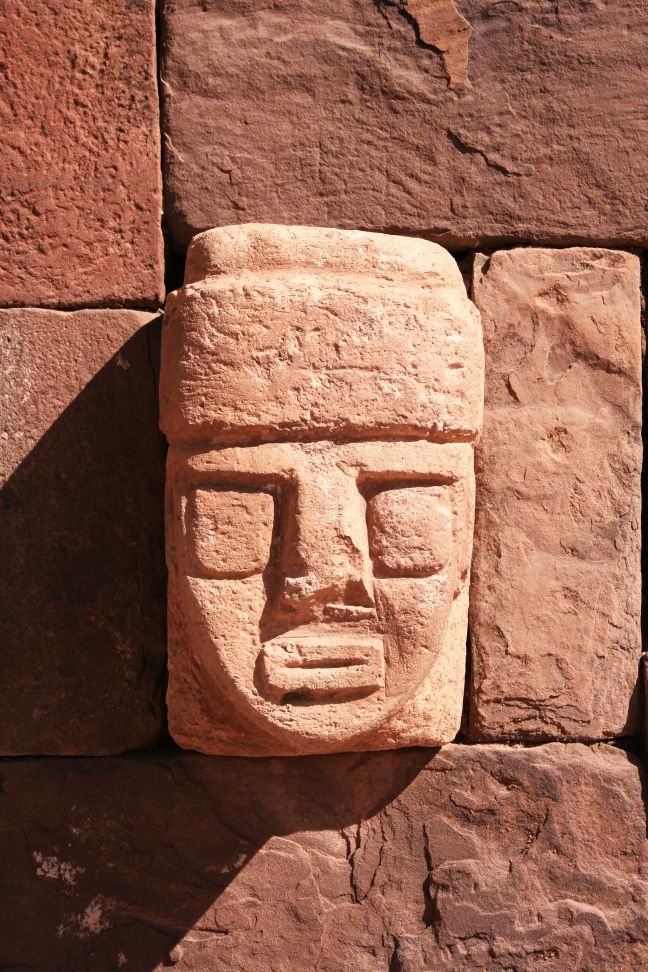 The biologist might counter that the issue is not that aliens have eyes but the number of looks. Here on Earth, higher animal forms evolved with two eyes. For example, mammals, birds, fish, reptiles, and insects all have two eyes, but the number of eyes would be different on another planet. There, perhaps, the life forms would randomly have one, three, four, or even ten eyes. Is that true? Is the number of eyes a random event in the evolutionary process?

Astronomers searching for extraterrestrial intelligence are looking for planets similar to Earth regarding temperature and chemical composition. They know life evolved here, so it is logical to assume that ginger might also evolve on other similar planets. Likewise, we might expect the evolutionary process on those other planets to progress similarly to how it went here with similar planetary history. 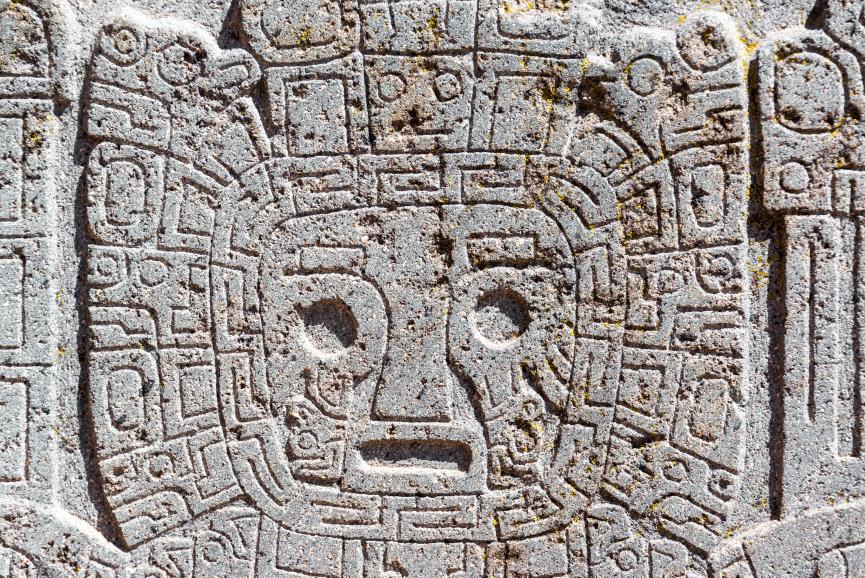 Question: Was the evolution of animal life with two eyes on Earth a random event, so much so that we should expect extraterrestrial life to have a different number of eyes? I think not. Why? It is called natural selection or survival of the fittest. Two eyes are the minimum required to give depth perception and concentrated focus. Perhaps early on Earth, there were animals with five or ten eyes, but with a brain too small to orientate five directions, such species quickly became extinct. Only two eyes survived. Should we expect something radically different on another Earth-like planet? No. It is reasonable to expect intelligent aliens to have two eyes, just like humans. 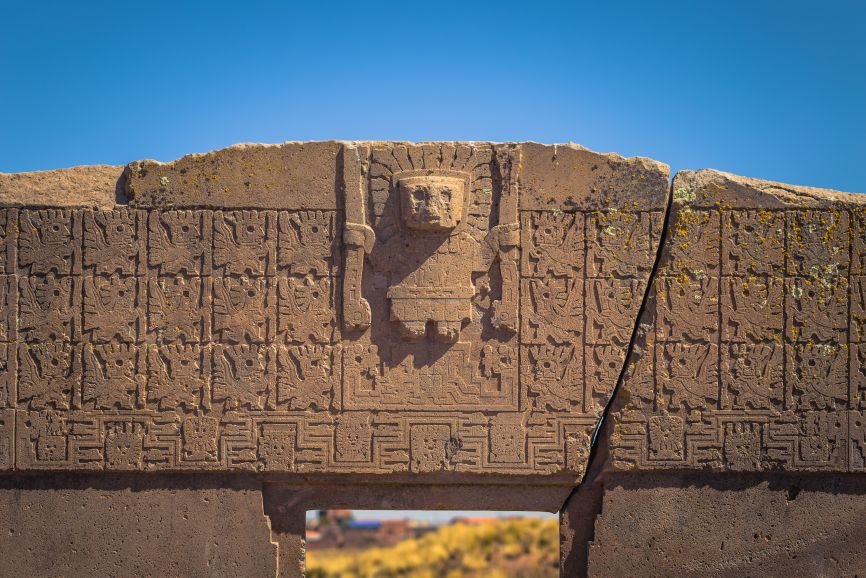 It is also reasonable to expect alien life forms to be imaginable from the diversity of life forms we see on Earth, past, and present. The Tiwanaku face has features similar to a fish (fish mouth that seems to be breathing inside a water-filled helmet), features similar to a lobster (sea creature with two forward appendages for manipulating objects), and features similar to humans (large head and fingered upper appendages). Only four fingers are depicted in the Tiwanaku drawings versus our five, but this quickly falls within evolutionary feasibility. The alien’s three-pod aquatic tail is also an imaginable evolutionary development.

I think the biologist’s appreciation for the potentially enormous diversity of life forms in the universe is admirable. However, for those life forms that develop higher technology, it is likely, not unlikely, that they will have something in common with humans. In other words, we can’t keep aside the Golden Proportion of the Fibonacci sequence from nature that this universe is the product of. 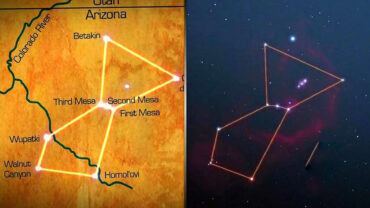