The sculpture of the mystery “Lady of Elche” has sparked much debate among academics and theorists in recent years, and the argument has lasted more than a century. Archaeologists are baffled by her intriguing headpiece or helmet with wheel-like coils, which many say might be linked to an old vanished civilization or possibly people from other worlds.

Lady of Elche is an outstanding sculpture unearthed at the ancient site of La Alcudia in Elche, Spain. It is still unclear if the Lady of Elche is a strong priestess or an imposing queen, which has sparked some dispute among theorists and academics.

Several theories say that this mysterious woman is a Moorish queen, a witch, and a stranger, yet she is still an “extraterrestrial visitor from another planet.” Experts think the bust is a unique Iberian depiction of the Carthaginian mother goddess Tanit, which was formerly used as a burial urn. 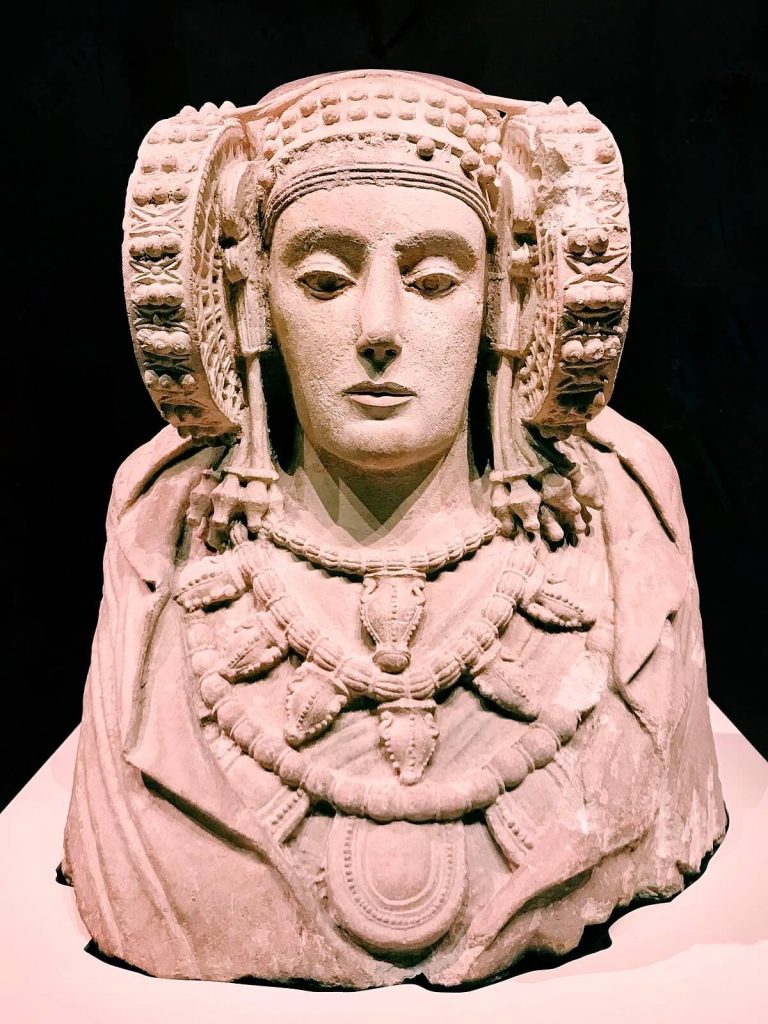 The polychromed bust is 56 cm high, 45 cm broad, and 37 cm deep, carved from porous limestone. It also weighs 65 kg (143 lb). Manuel Campello Esclapez, a farm worker on the La Alcudia estate in Elche, found it by mistake while clearing the southeast slope of La Alcudia for agricultural purposes.

The sculpture is thought to date from the fourth century BC, demonstrating the presence of a lost Iberian society. Compared to others in the region, the flawless, undamaged statue has shocked archaeologists the most. Many theories believe the bust was “decontextualized” due to this. In other words, it was taken from somewhere and deposited where it was discovered. It may have been concealed or hidden so that no one could find it. Alternatively, if they did, their meaning was ambiguous.

The bust depicts a lady with highlighted features dressed to the nines in three eye-catching outfits: a tunic, a dress, and an open cape. It also contained traces of paint when it was discovered, indicating that whoever sculpted it painted it.

The huge “Coils” that frame her face are, without a doubt, the sculpture’s most unexpected feature. These appear to be some braid or hairdo. She also wears earrings that go to her shoulders and a large necklace decoration. They may be a component of her headgear or a bizarre helmet. 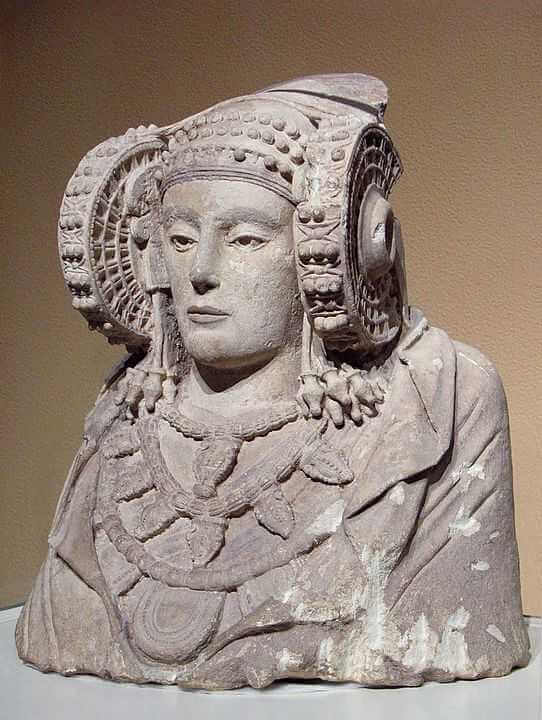 Lady of Elche has an unknown origin.

The mystery surrounding the Lady of Elche’s origins continues to divide scientists. Archaeologists could not reach an agreement, and hypotheses added to the confusion. The most commonly recognized theory is that the sculpture is Iberian. Because of the embellishments on her, it may portray a powerful queen.

Others believe she was an unknown priestess or divinity, which may be connected to Basque tradition. Tanit, the Carthaginian goddess most renowned for her control over the moon, sun, and stars, has also been mentioned. However, other experts believe that the Lady of Elche’s hairdo is a helmet rather than a hairstyle.

According to popular belief, the headpiece is nothing more than a haircut. However, no civilization in the area was known to wear garments with such lavish characteristics. As a result, the Lady of Elche would be a member of no recognized territory.

Is it possible that Lady of Elche is a descendent of Atlantis?

Atlantis was said to be located in that region of the Iberian Peninsula by the Greek philosopher Plato. Furthermore, the Lady of Elche’s helmet would represent a more evolved culture. The bust is currently on display in Madrid, and a duplicate can be found in Elche’s Museum of Archeology and History. 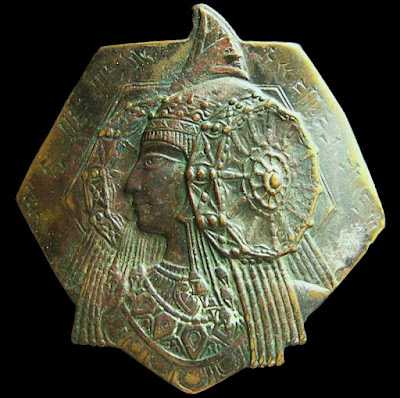 Another intriguing find, comparable to Elche, was the Lady of Guardamar, discovered on September 22, 1987, in the province of Alicante, Spain. Near 1969, 12 medallions etched with a figure resembling the Lady of Elche and cuneiform writings were discovered in Richfield, Utah, adding to the enigma. These medallions are one of the most perplexing archaeological finds in the United States.

Rumors of fraud have long surrounded the discovery and discussion about the authenticity of the Lady of Elche. However, in 2011, a study employing electron microscopy and x-ray equipment revealed that the item is authentic and formerly used as an ancient urn. The investigation found traces of ashes, including bits of human bone that were carbon-dated to be more than 2,500 years old, placing it in the ancient Iberian era. 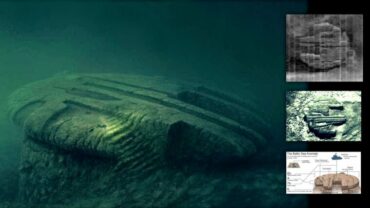