According to claims of a retired officer, not only have humans made it to Mars in the past, but we have developed a secret space program and flotilla that operates in space.

According to claims by retired officer Randy Cramer, initially known under the pseudonym Captain Kaye, not only have humans reached Mars in the past, but we have developed a secret space program and a flotilla that operates in space.

A close up image of an astronaut on Mars kneeling and looking at a rocket in the distance. The spaceman or spacewoman is dressed in full space suit viewed from behind, kneeling on rocks and looking into the distance where a space rocket is at rest on the flat terrain.

There seem to be two versions filtering out to society when it comes to Space, Mars, and the classified files linking the two. 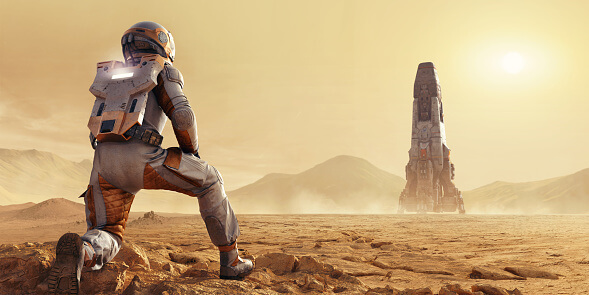 The first is that we haven’t been to Mars, that there is a lot of work to be done, and that our technology is still very limited. The other is exactly the opposite, a version that has been endorsed by various individuals over the last decade.

The question here is, who is telling the truth? And would it be ridiculous to think that we have reached Mars and colonised the red planet thanks to secret space programs?

According to “Captain Kaye”, who is a former US Marine, he was stationed on the red planet for years and his mission was to protect the five human colonies from the indigenous life forms of Mars.

Not only did he spend years on Mars, but he also served aboard a giant space aircraft carrier for three years.

According to the former US Marine, he worked for the Mars Defence Force (MDF), which is owned by the Mars Colonies Corporation (MCC), which is basically a conglomerate of financial, government, and tech companies.

Cramer and his team were part of a special section of the United States Marines with a highly classified mission: to protect and secure the existence of five newly established colonies on the surface of the red planet.

The Earth Defence Force, another secret military branch, has military recruits from countries like the United States, China, and Russia.

Furthermore, Cramer claims that his training took place on the Moon, within a secret base called LOC or Lunar Operations Command, on Saturn’s Moon Titan, and even in deep space. Not only do we have technology to reach Saturn and outer space, Mars is a planet teeming with life according to the statements of the former Marine. 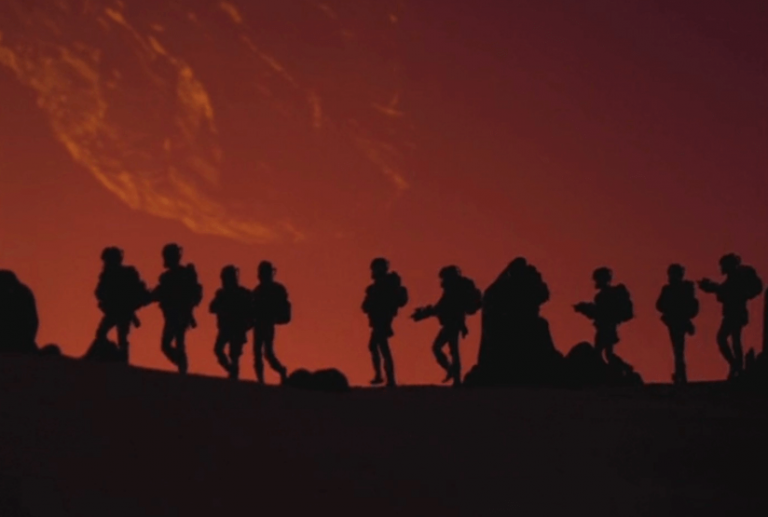 According to Cramer, the propulsion systems use fission- and fusion-powered thrusters, room driver, and anti-gravity technology, advances made available to humanity by the friendly “Grey Aliens.”

Mr. Cramer states that there are two indigenous species that inhabit Mars: “The Reptilians and the Insectoids, both very intelligent. Reptilians are a much more aggressive species, defending their territory at all costs. The Insectoids are equally intelligent and capable, but are more passive.”

The fact that Mars is a planet capable of supporting life has been supported by several researchers, including Dr. Brandenburg, who even claims that extraterrestrial beings waged a Nuclear War on the red planet and that today we can find evidence of it. 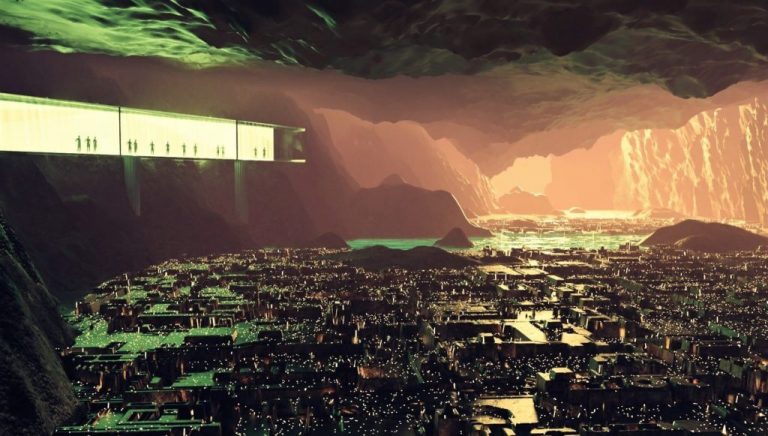 According to Dr. Brandenburg, the ancient Martians, known as Cydonians and Utopians, were massacred in the gigantic nuclear attack, and evidence of the genocide can still be seen today.

According to scientists, there are very large remnants of Xenon-129 on Mars and the only process we know of that produces Xenon-129 is a nuclear explosion.

One here, and then an asteroid impact happened here, and Cydonia was right in the middle of it. That is puzzling. Why would so many bad things happen in an area of ​​Mars that just happens to have archaeology?

Although Captain Kaye has no physical evidence to back up his claims, he says he is doing everything he can to obtain highly classified documents that would prove his account to be true.

Parts of Captain Kaye’s testimony match that of Michael Relfe, another whistle-blower who claims to have spent 20 years on the red planet.

Laura Magdalene Eisenhower, great-granddaughter of former President Eisenhower, claims that an attempt was made to recruit her for a human colony on Mars, led by researcher Dr. Hal Puthoff. 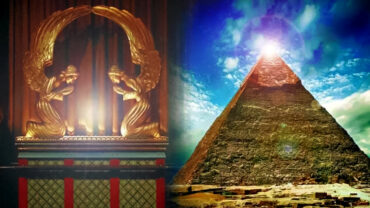