A new image captured on Mars has sparked an interest. The idea, acquired by NASA’s Curiosity Rover on Mars, purports to show what appears to be a gateway.

Curiosity’s mast camera captured the image on May 7. NASA has not commented on the apparent door, but many people have discussed it online. 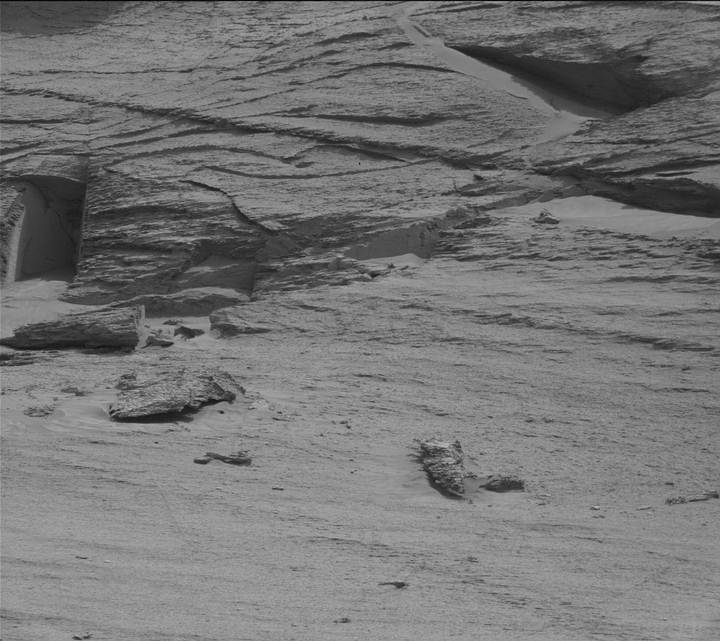 According to the Daily Record, one social media user characterized the picture as “a structure on Mars that appears to be a doorway and a neighboring wall that appears to be manufactured.” “I swear to God; there are at least five Martians disguised in there,” someone another stated.

Others, though, remain skeptical. “It’s not a small door; it’s just a flat piece of fractured rock,” one Reddit member noted.

On May 7, 2022, the Mast Camera onboard Curiosity captured this photograph of a geological structure known as Greenheugh Pediment.

Close-ups of Mars from landers and orbiters have provided some genuinely bizarre and fascinating images of the red planet: ice-filled craters, peculiar chevron-shaped rock formations, hollowed-out mountains, and much more.

When it comes to strange finds in space that look like ‘alien’ buildings, it’s vital not to get too carried away with what hazy photographs might sometimes imply. 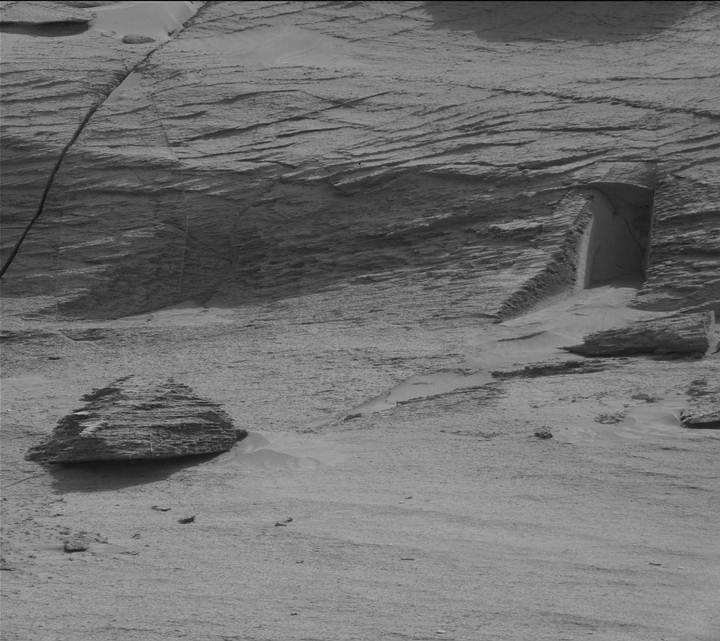 Last year, China’s Yutu 2 rover discovered a weird cube-shaped object on the Moon. After further study, it was found that the ‘alien home’ was only another rock, with light and perspective trickery giving it its cuboid appearance.

Similarly, we anticipate that this mysterious entryway will eventually have an equally mundane explanation… But in the meanwhile, we’re having a lot of fun guessing.

Whatever it depicts, the image appears as the United States Congress prepares to hold an open hearing on UFOs for the first time in more than 50 years. The matter will be discussed next Tuesday by the US House Intelligence Committee’s Counterterrorism, Counterintelligence, and Counterproliferation Subcommittee (May 17).

“The American people expect and want their leaders in government and intelligence to thoroughly analyze and respond to any possible national security dangers – including those we do not fully understand,” said panel head, Andre Carson. Last summer, the US government issued a study on recorded incidents of ‘Unidentified Aerial Phenomena.’

The Director of National Intelligence evaluated 144 UFO cases in it. They could only explain one of those situations. 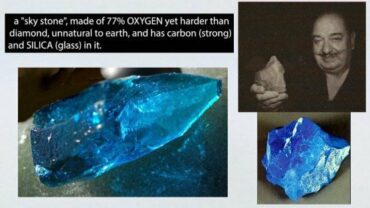