In the 7th century BC, Ashurbanipal – the great king of the New Assyrian Empire – built the Royal Ashurbanipal Library to contain documents he collected from various fields. This library gives us a new perspective on life in the ancient Near East.

The Royal Library is sometimes described as “the world’s first library,” or “the oldest royal library in existence to this day.” Archaeologists discovered the library during an excavation in the ancient city of Nineveh, today in the Kuyunjik region of Iraq. Nineveh used to be the capital of the New Assyrian Empire during the reign of King Ashurbanipal so people used the king’s name to name the library. 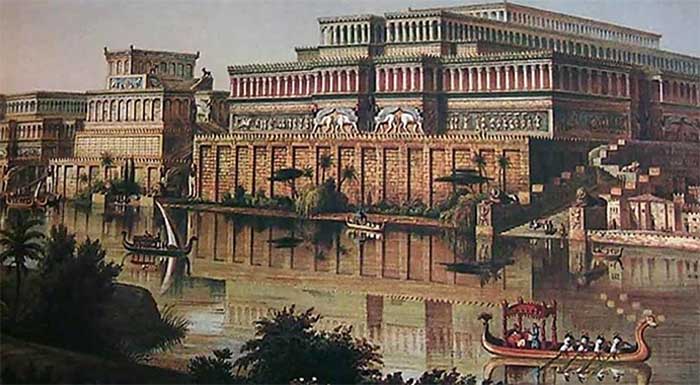 The Ashurbanipal Royal Library houses tens of thousands of clay tablets, or clay tablets containing cuneiform texts, the earliest writing system in the history of mankind invented by the Sumerians. in Mesopotamia. The wedge-shaped script first appeared around 3500-3000 BC. 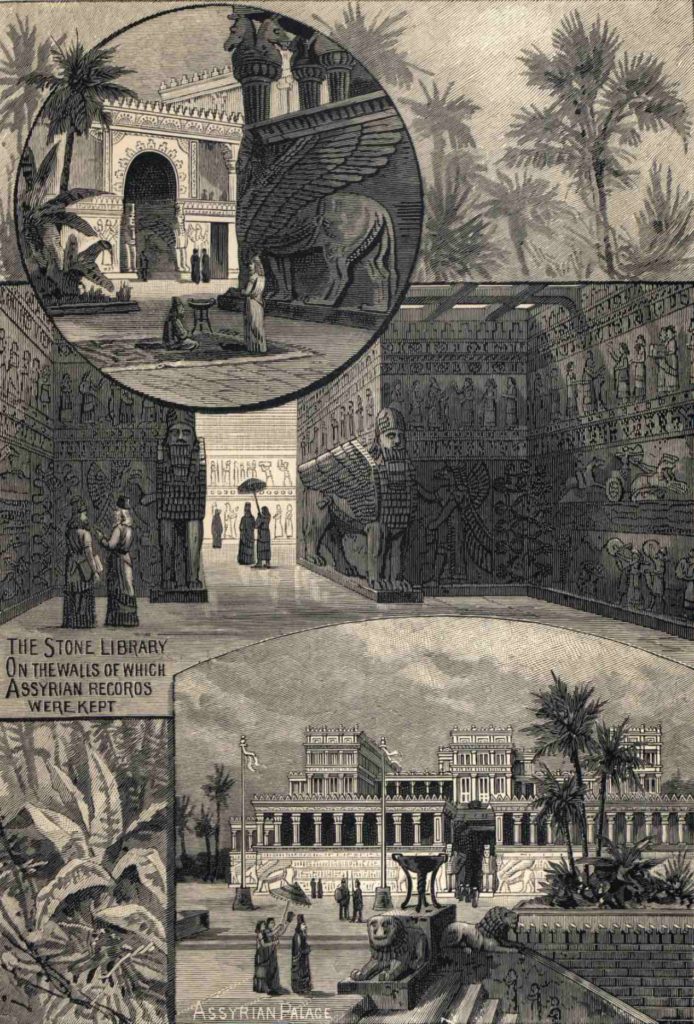 Ashurbanipal was not initially expected to succeed Esarhaddon, because he had an older brother named Sin-iddina-apla. When anhtrai died in 672 BC, the Ashurbanipal naturally became heir to the throne. From an early age, Ashurbanipal was passionate about academic research. As a result, he was able to read and write fluently in both Akkad and Sumer languages, gaining in-depth knowledge in various fields of knowledge, especially mathematics and divination (the method of predicting the future based on shape. of oil scum when pouring olive oil into the water). Perhaps because of this, Ashurbanipal built his own royal library after he had settled the country’s situation.

According to Persian and Armenian records, Alexander the Great saw the Royal Ashurbanipal Library when he visited Nineveh. Inspired by it, Alexander the Great wanted to search and collect all the works of the countries he conquered, translate them into Greek and store them in a large library of his own. Although the king of the Kingdom of Macedonia did not live long enough to fulfill this dream, Ptolemy – one of Alexander’s generals assigned to govern Egypt – established the famous Alexandria Library for the same purpose.

The ruins of the Ashurbanipal library
Sir Austen Henry Layard, an English archaeologist, discovered the remains of the Ashurbanipal Royal Library in the 1850s when he was involved in the excavation of the Nineveh ancient city of the British Museum. The library consists of two small rooms located inside Ashurbandipal’s royal palace with dimensions (8m × 6m) and (7m × 6m). Outside the room is a huge bas-relief with an image of the fish deity Dagon standing guard, excavations took place continuously until the 1930s.

During the excavation, the team found a total of more than 30,000 clay tablets and countless pieces of debris in the library. The largest clay plates are quite flat, measuring 23cm × 15cm. Meanwhile, the smallest clay slabs look slightly convex and are no more than 2cm long. Currently, most of these artifacts are on display at the British Museum. 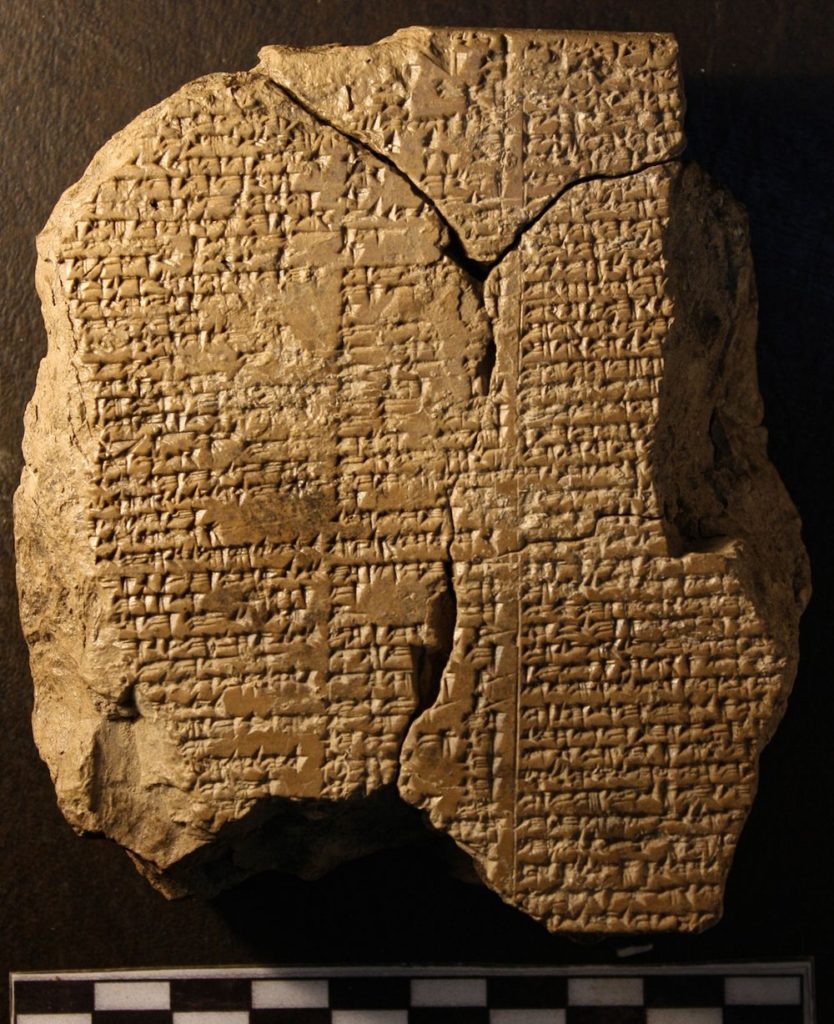 The Ashurbanipal Royal Library plays an important role for many reasons. First, the large number of clay tablets and fragments discovered made King Ashurbanipal’s personal library one of the largest collections of texts in ancient times. In addition, the content of the materials is quite diverse, covering many different topics such as medicine, mythology, history, religion, magic, science, poetry and geography. As a result, scientists have been able to delve into the Near East more than 2,600 years ago. The library’s most famous document is a version of the epic Gilgamesh – one of the earliest literary works in human history.

“King Ashurbandipal sent scribes to every corner of the New Assyrian Empire to collect ancient texts. He even hired scholars to copy Babylonian works to enrich his library, ”said Layard. 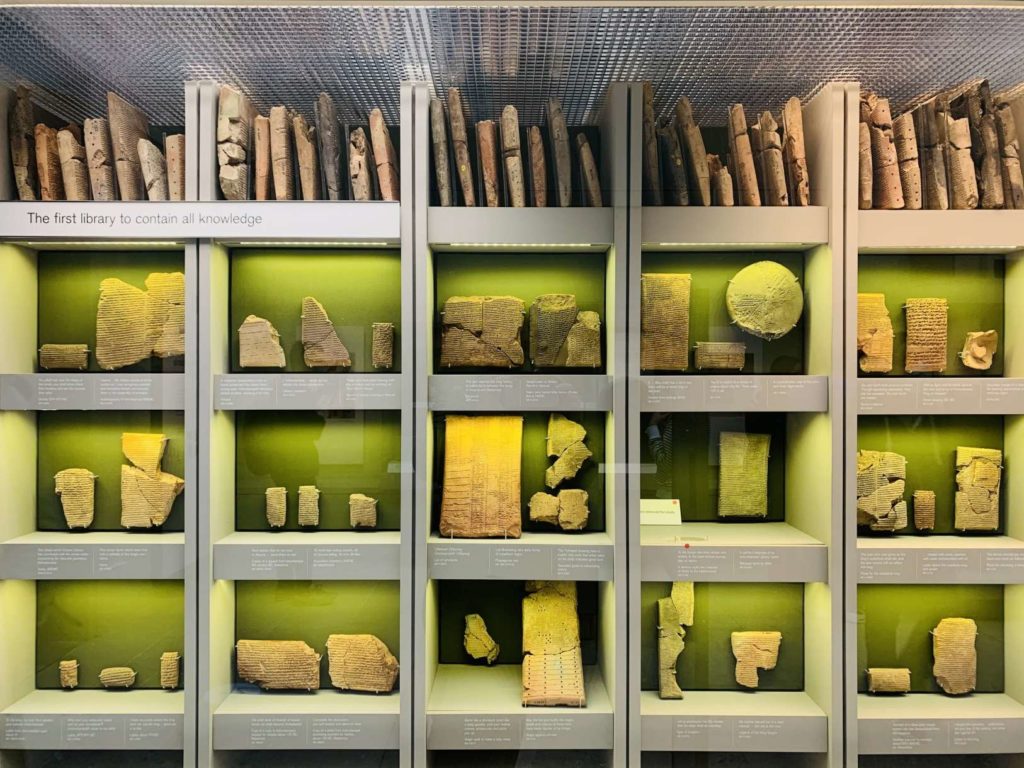 In 612 BC, an alliance of Babylonians, Scythians, Medes attacked and destroyed the Nineveh city of the New Assyrian Empire. It is believed that during the burning of the Ashurbandipal’s palace, the fire devastated the library, causing many documents on animal skin, wood, papyrus and wax material to disappear. wedge-shaped clay tablets.

Before exploring the Ashurbanipal Royal Library, everything we knew about the New Assyrian Empire came from the stories recorded in the Bible or the writings of ancient historians. By studying the contents of tens of thousands of clay tablets, we can learn details of the life of the Assyrians through their own narrative.

Since 2002, the British Museum and Mosul University (Iraq) have implemented a project called the “Ashurbanipal Library Project” that aims to bring the Ashurbanipal Library “back to life”. The team recorded and photographed all the documents in the most detailed and complete way. They hope the project will stimulate interest, as well as facilitate the teaching and research of texts, thereby increasing our knowledge of the ancient Near East. 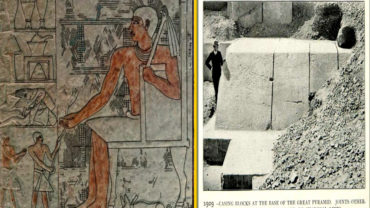